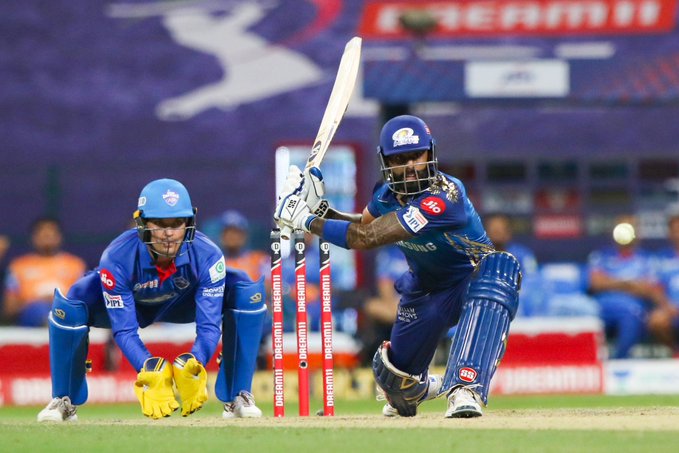 Delhi Capitals (DC), who have never before entered an Indian Premier League (IPL) final, will be keen to clinch their maiden title on their first entry into the summit clash on Tuesday when they lock horns with four-time champions Mumbai Indians (MI) here.

The Rohit Sharma-led MI are being considered as the title favourites ever since the season began in September and the team has largely lived up to the expectation.

DC, on the other side, started the season with a bang before faltering in the second-half. However, they managed to enter the playoffs and later sealed the berth in the final with an inspired performance against SRH.

Looking at the win percentage, both DC and MI look pretty equal on paper. However, one thing separating the two sides will definitely be consistency.

The sole reason behind MI’s success has been the collective effort in every department of the game.

Rohit Sharma (264 runs) has been off colour with the willow—his injury controversy adding to his woes—but has once again been excellent when it comes to leading the side. He, however, has one final chance to shrug off his rustiness with the bat which would further help him attaining a ticket to Australia.

The Indian cricket board on Monday announced that Sharma was added to the Indian Test squad.

On the MI bowling front, speedsters Jasprit Bumrah and Trent Boult shared 49 wickets between them which shows the team’s capable pace attack. The duo has been well supported by pacer James Pattinson (11 wickets) and leg-spinner Rahul Chahar (15 wickets) besides pacer Kieron Pollard.

On the other hand, DC, too, comprise some dangerous fast bowlers, like Kagiso Rabada (29 wickets) and Anrich Nortje (20 wickets).

The two South Africans have been at their lethal best all through, barring a few occasions. Against a quality MI batting line-up, the onus will be on these two to deliver the goods and they would expect support from experienced off-spinner Ravichandran Ashwin (13 wickets), pacer Marcus Stoinis (12) and left-arm spinner Axar Patel (9 wickets).

All-rounder Stoinis could be DC’s trump card on Tuesday as the Aussie has shown his capability both with ball and bat, especially in the second Qualifier against Hyderabad on Sunday.

In DC’s batting line-up, Shikhar Dhawan (603 runs) is in red-hot form and is known as a big match player. The left-hander could pose some serious trouble for MI bowlers. He, however, would look up for support from others, particularly captain Shreyas Iyer (454 runs).

In-form Stoinis could again open with Dhawan while Iyer needs to stabilise the innings in the middle, if need be. It, will however, be interesting to see whether the DC think-tank fills the need of a genuine power hitter.

The main concern for DC would be out-of-form Rishabh Pant (287 runs) and Shimron Hetmyer (180 runs). They pair carry a huge responsibility to finish the innings towards the end with their fireworks. Although both have been out of sorts so far, they would like to turn the corner in the final.

So far their head-to-head record is concerned, MI hold a slight edge over DC. MI have won 15 of the 27 games. In this IPL, the Rohit-led side has been even better, emerging victorious in all the three games against DC.