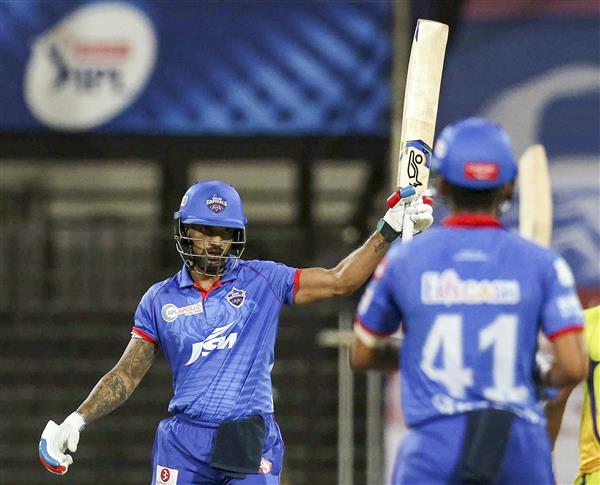 Delhi Capitals captain Shikhar Dhawan scored an unbeaten 101 to power his team to a five-wicket win over Chennai Super Kings in their IPL match here tonight.

Dhawan took the team close to the target of 180, but it was Axar Patel who was the last-over hero as he struck 21 off five balls, including three sixers. Needing 17 off the last over, bowled by Ravindra Jadeja, Delhi reached the target as Patel hit three sixers while Dhawan watched from the other end. Dhawan's 101 came off 58 balls and included 14 fours and one six.

As RCB chased 178, de Villiers smashed six sixes to help RCB win the game after all seemed lost for them following the dismissal of Virat Kohli with the team struggling at 102/3 in the 14th over. De Villiers hit Jaydev Unadkat for three successive sixes in the 19th over to swing the match in his team's favour. — PTI