In just 13 months, Chopra has backed up his Olympics gold with Worlds silver and Diamond League Finals title 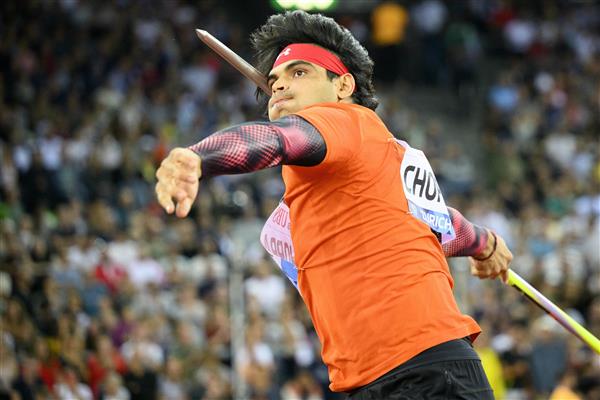 Reigning Olympics champion Chopra won the coveted title in Zurich with a throw of 88.44 metres. After beginning with a foul throw, Chopra registered his best with his second attempt. He followed it up with 88m, 86.11m, 87.00m and 83.60m. Czech Republic’s Jakub Vadlejch (86.94m) and Germany’s Julian Webber (83.73m) finished second and third, respectively.

“Normally, you try to start with a good throw but it did not happen for me as my grip on the javelin came loose and I fouled,” Chopra said. “You do think that one throw has been wasted but I was confident that I have a chance as I was throwing well during the warm-up,” he added.

“I am happy that I was consistent as I registered two throws over 88m. It would be wrong to suggest that I was confident that I won after the second throw itself. It is the same for me in every competition, I try to focus and give my best with all my throws because I know positions can change anytime,” he added.

Chopra further said that he was not under pressure to break the 90m barrier as winning the medal and performing well was more important to him. “I am not really disappointed for not crossing it. Of course it is a magical mark but performing well on competition day is more important. It is a barrier I want to cross but sport is such that even if you cross it you may fail to get a medal. Then you will think, I could have thrown the javelin three or four metres ahead. What is important is to do well on the day,” he said.

Despite failing to break the 90m barrier, Chopra was impressive with his throwing this season, consistently crossing the 88m mark. He won silver at the World Championships in July with a throw of 88.13m. It was India’s first silver in the history of the championships.

After missing the Commonwealth Games due to a groin strain, the 23-year-old returned to win gold at the Diamond League meet in Lausanne with a throw of 89.04m — his career’s third-best effort.

“Overall I am happy how the season ended. I was consistent and there was no pressure on me. I am also happy that despite the injury, I came back well and performed,” he said.

Rather than savouring his title, Chopra pleaded with the Athletics Federation of India (AFI) to help other Indian athletes compete in international competitions. “I request the federation to help other javelin throwers as well. They have done well in domestic competitions but I feel they should get more international exposure. It was very odd to compete alone,” Chopra said.

“Hope our other athletes also get a chance to participate in international events and against some of the world’s best. Time has come that we get to compete and win together,” he added. “It is a good feeling if someone from your own country is competing. I saw Latvia and the Czech Republic had a few of their countrymen together. I want to experience that too. Competing in the Diamond League or any other big tournament would be wonderful for our other athletes,” he added.

Neeraj Chopra will not be seen in action at the National Games, scheduled to start in Gujarat from September 27. Chopra said he made the decision after consulting with his coach Dr Klaus Bartonietz. “My season is over. I have plans to have a vacation with my family friends and I will be out for at least two weeks. Since I will not be training during this period, rushing back for the National Games will be a big risk,” Chopra said. “I had a chat with my coach and he told me not to rush back as I have just recovered from the groin injury,” he added.