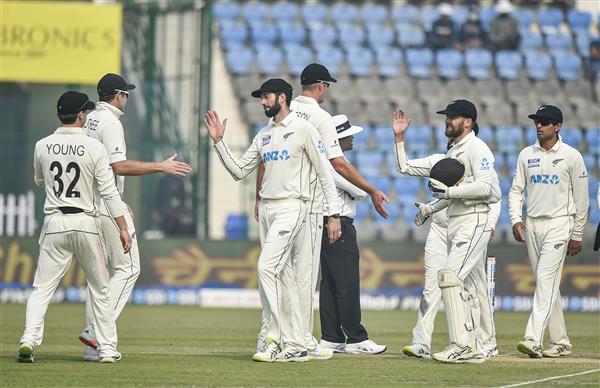 New Zealand made a strong reply to India’s first innings total of 345 all out, reaching 129 for no loss at stumps on the second day of the opening Test here on Friday.

Will Young and Tom Latham were batting on 75 and 50 respectively at close of play on Day 2.

New Zealand still trail the hosts by 216 runs. India started the day on 258 for four.

Resuming on overnight score of 75, Shreyas Iyer (105 off 171 balls) became the 16th Indian to score a hundred on Test debut and second after the great Gundappa Vishwanath to reach the milestone at this very ground after 52 years.

The morning also belonged to the seasoned Tim Southee (27.4-6-69-5), who picked up his 13th five-wicket haul in his 80th Test. He was on target with the second new ball first up as he sent back Ravindra Jadeja (50) on his overnight score, before adding three more wickets in his kitty.