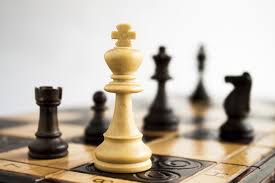 The Candidates chess tournament to identify the challenger for world champion Magnus Carlsen will resume on November 1, the International Chess Federation (FIDE) announced on Tuesday.

"The International Chess Federation is pleased to announce the resumption of the Candidates Tournament, the event that decides who will be the challenger to Magnus Carlsen's reign,” FIDE said in a statement on its website.

Yekatrinburg in Russia, which hosted the tournament in March when it was halted due to the COVID-19 outbreak, would still be considered the host city with Tbilisi in Georgia as an alternative.

"According to the contract, Yekaterinburg, the city that organised the first round at the highest level in March 2020, is still considered as the hosting city.

"However, considering the epidemiological situation, FIDE has designated a reserve venue: the city of Tbilisi, in Georgia, has been officially approved as an alternative, and it is ready to host the tournament in the same time frame," it said.

The tournament, played under a double round-robin format, was suspended after the 7th round when the Grandmasters Maxime Vachier-Lagrave (France) and Ian Nepomniachtchi (Russia) were leading with 4.5 points.

Since half of the games had already been played, the regulations establish that the results stand, rather than having the tournament re-started from scratch, said FIDE.

The Candidates tournament kicked off on March 15 in Yekaterinburg at a very early stage of the coronavirus outbreak.

With only eight participants, the event was deemed safe to go ahead under the condition that it was played behind closed doors, with no public present at the auditorium, and reducing staff to the very minimum.

Players, arbiters, and officials were tested for COVID-19 twice a day, the statement said.

"The health and safety measures were very similar to the ones currently being applied at the US Tennis Open and other sporting events, but at the time, all this was uncharted territory," said FIDE president Arkady Dvorkovich.

However, the event came to an abrupt end as the health crisis worsened and forced the Russian government to close its borders.

"Today's announcement about the resumption of the Candidates is another positive step for chess fans and players.

"The World Championship cycle is one of the oldest sports traditions in the world, and it is FIDE's duty to protect it and ensure its continuity.

"This is also a crucial event in order to increase the popularity of chess around the world," the FIDE chief added.

The global governing body's director general Emil Sutovsky said, "Apart from Tbilisi, we are also in touch with other potential host cities from several countries where the event could be moved to, in case additional restrictions reappear in Russia and Georgia."

The title match has been postponed to 2021. PTI