A sky full of stars

Finally, tennis has much more to offer after an extraordinary US Open 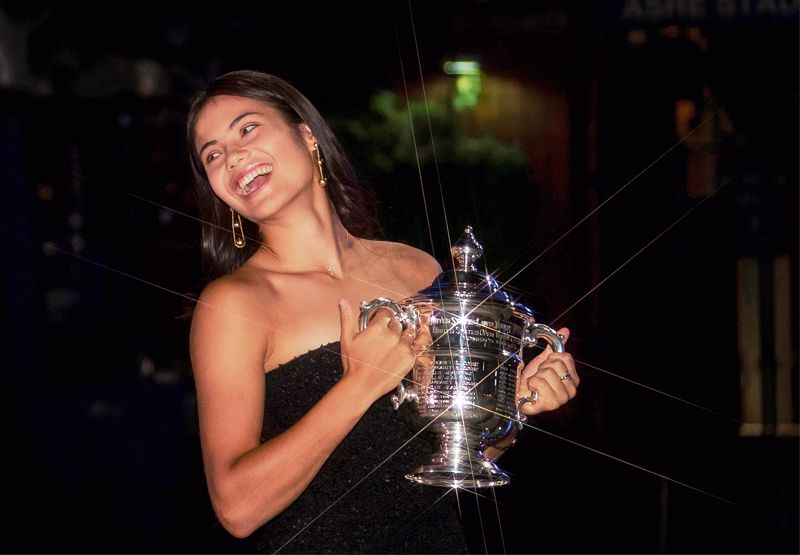 Emma Raducanu soak in the happy time with the championship trophy after her match. AP/PTI, Reuters

The coronation of new champions Emma Raducanu and Daniil Medvedev left tennis fans salivating at the prospect of what is to come as the curtain dropped on Grand Slam tennis for another year at the end of the US Open on Sunday.

Even Serena Williams, widely regarded as the greatest women’s player ever, took three years to win her second Grand Slam after her first as a 17-year-old at the 1999 US Open.

The fans were back at Billie Jean King National Tennis Center after last year’s Covid-enforced lockout and they witnessed drama worthy of any stage at the Broadway theatres only a few miles away.

Novak Djokovic had inevitably been given top billing because of his quest for a calendar-year Grand Slam and a 21st Major title to break the three-way tie with Roger Federer and Rafa Nadal as the most successful male player of all time.

In the second week, however, he had to share the spotlight as two new tennis stars emerged in the women’s draw. Teenagers Raducanu and Leylah Fernandez -- born two months apart in 2002 -- generated frenzied hype as they swept all before them on unlikely runs to the title decider.

Raducanu, having battled her way through qualifying at only her second Major, emerged triumphant in the final act on Saturday with a dominant victory that captivated millions back home in Britain and around the world.

Canadian left-hander Fernandez had the harder route to the final, beating three top-five players and multiple Major champions, and did more than enough to suggest she will not be a flash-in-the-pan.

“We’ve seen other careers that have looked unstoppable but haven’t lasted very long,” said former player and current analyst Chris Evert, herself a teenage Grand Slam winner. “Who knows what’s going to happen when the target’s on their backs, or with this level of attention? I hope they take everything slow. I hope they have good people and around them.”

Those concerned at how Raducanu and Fernandez will deal with the attention need only to point to Naomi Osaka. Still only 23, the four-time Grand Slam champion continued to struggle with the mental health issues she suggests were triggered by the massive burden of expectation on her.

“I often say that we prepare how to deal with a loss but we often don’t prepare for success,” Daria Abramowicz, a sports psychologist who works with Iga Swiatek who won the French Open aged 19 last year, said. — Reuters