Germany's destiny is in Spain's hands : The Tribune India

Germany's destiny is in Spain's hands 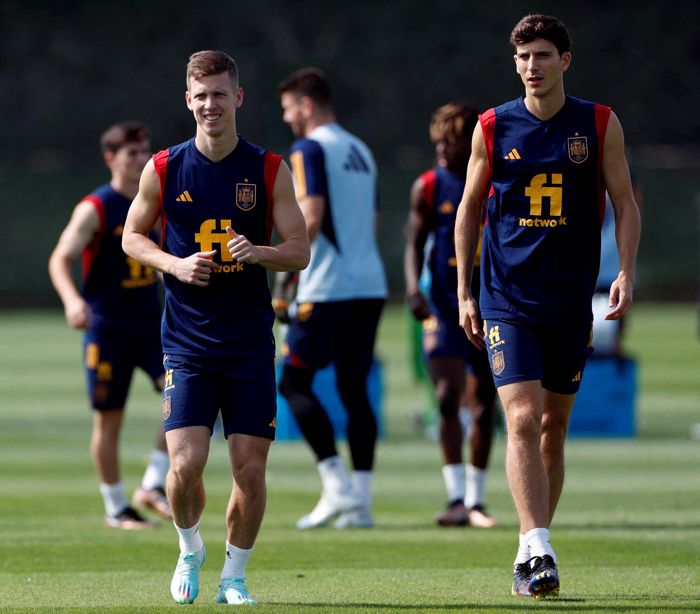 After conceding late to miss out on a victory against Germany, Spain find themselves with some work left to do against Japan to guarantee their spot in the Round of 16 at the World Cup.

They don’t need much though as a draw tomorrow will be enough, and even a loss may allow the La Roja to advance depending on the other Group E result between Germany and Costa Rica.

Japan don’t have it as easy, but a win will guarantee the Japanese a place in the knockout stage for a second straight time. It would be the first time Japan will advance to the knockouts in back-to-back tournaments. If Japan lose, they will head home no matter what. The Japanese opened their campaign with a surprising win over four-time champions Germany before losing to Costa Rica. They were eliminated by Belgium in the last-16 stage in Russia.

Spain, who conceded an 83rd-minute equaliser against Germany, may also go home with a loss if Costa Rica beat Germany or if the Germans win big to overcome Spain’s goal difference after Spain’s 7-0 opening win over Costa Rica.

A victory at Khalifa International Stadium will guarantee Spain first place in the group, and keep them on track for a possible match-up with five-time champions Brazil in the quarterfinals. Spain enter the final round with four points, one more than both Japan and Costa Rica. Germany have one point.

“We are not thinking about our opponents in the knockout rounds,” Spain midfielder Koke Resurreccion said. “We need to beat Japan first and then we’ll see which team we’ll have to play against. If it’s Brazil in the quarterfinals, so be it, and we’ll try to prepare for it as best as possible.”

Spain coach Luis Enrique is expected to rotate some of his players after making only one change from the first to the second game — Dani Carvajal coming in for Cesar Azpilicueta in the right-back position. — AP