While Harmanpreet will lead the team, Amit Rohidas has been picked as the vice-captain for the upcoming matches 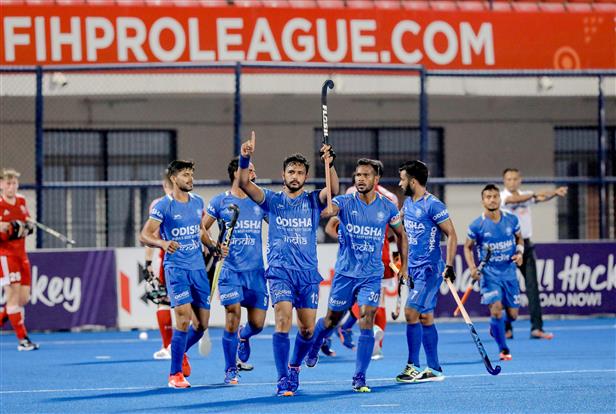 India will play five matches against Australia beginning November 26 in Adelaide as part of their preparation for next year's World Cup.

The FIH showpiece will be held from January 13 to 29 in Bhubaneswar and Rourkela.

While Harmanpreet will lead the team, Amit Rohidas has been picked as the vice-captain for the upcoming matches.

"The upcoming tour to Australia is a good opportunity for us to test ourselves against one of the top contenders at the upcoming FIH Odisha Hockey Men's World Cup Bhubaneswar-Rourkela, 2023," Indian hockey chief coach Graham Reid said in a release.

"We have picked a solid line of experienced players who we believe can help us in getting the desired results. We have also infused the team with a blend of youngsters to give them exposure of top-level competition and test the depth of our squad," he said.

In the forward line, Mandeep Singh has been included along with Dilpreet Singh, Abhishek and Sukhjeet Singh.

In defence, Varun Kumar makes a return to the team after missing the FIH Pro League matches against New Zealand and Spain in Bhubaneswar.

Harmanpreet led the Indian team to twin wins over New Zealand in the recent FIH Pro League, while finishing 1-1 against Spain in the double leg contest.