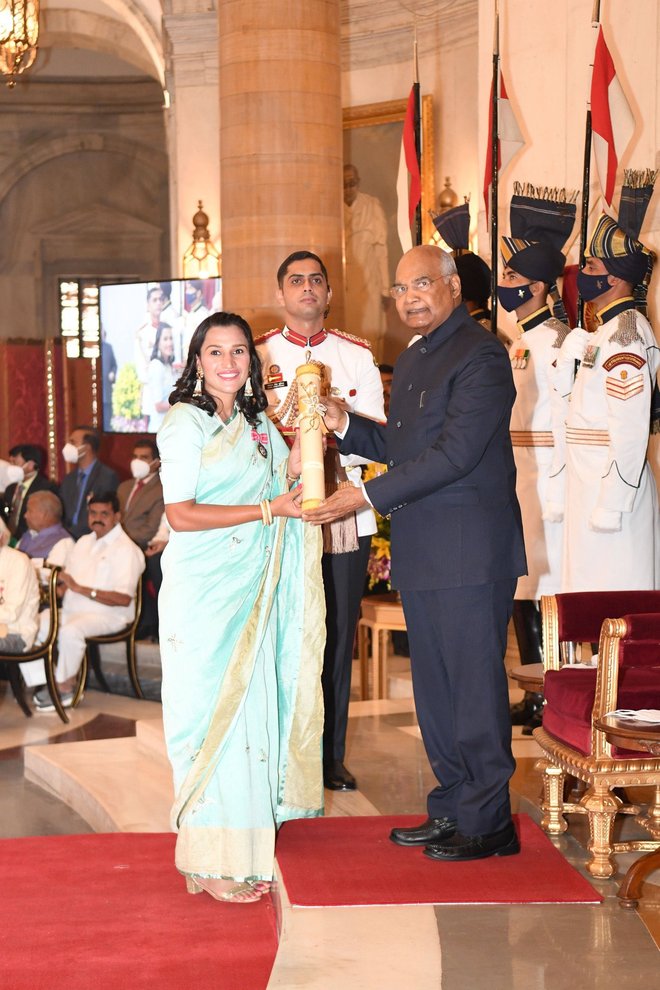 Woman hockey star Rani Rampal, who led the Indian women’s hockey team in the Tokyo Olympics this year, has been honoured with the Padma Shri award.

Her story of how a malnourished girl of Shahabad, who started practising with a broken stick and became the captain of the Indian women’s hockey team is now an example and a source of motivation to many.

She was honoured with Khel Ratna last year. Rani Rampal has been a regular in the Indian team after making her debut as a 14-year-old in 2008, making her the youngest player to play for the national team.

After getting the prestigious award, Rani Rampal expressed her happiness over the honour.

The 26-year-old daughter of a horse cart-puller and a housemaid, her family has experienced many hurdles and seen extreme poverty, but her talent, determination and passion towards the sport have taken her to the peak of the game. Her family is being showered with praises and congratulatory messages.

Rani’s father said, “It was her determination and passion that made me a proud father. Initially, there were many hurdles. We are extremely happy.”