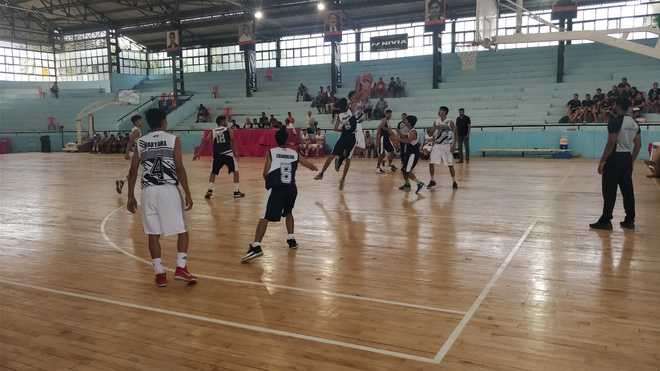 The veracity of nearly half of the sports certificates issued by various sports federations of Haryana and validated by the Sports Department over the last three years has been categorised as “doubtful” in a preliminary internal inquiry conducted by the department. Photo for representation only. - File photo

The veracity of nearly half of the sports certificates issued by various sports federations of Haryana and validated by the Sports Department over the last three years has been categorised as “doubtful” in a preliminary internal inquiry conducted by the department.

Sources said of the 5,627 certificates, 2,503 had been labelled as “doubtful” by a committee constituted to look into all sports gradation certificates issued under the state government’s new policy — finalised in 2018 — for sportspersons seeking government jobs. The report was submitted earlier this week.

I am in favour of getting it investigated by the Vigilance department or by a retired officer… the guilty will be brought to book. — Sandeep Singh, MoS, Sports

In all, 5,627 certificates were issued after the new sports policy came into being in 2018

Complaints during a job drive in 2019 allegedly overlooked

The committee was constituted after the department received a large number of specific complaints of “fake certificates”. The Director of Sports, Pankaj Nain, said, “The committee has submitted its report. It has been submitted to the higher authorities for appropriate action.”

According to information, the initial trigger came from Group-D recruitment for 1,518 jobs, made for those with achievements in sports in 2019. After the department received complaints of “fake” certificates being submitted for jobs, an exhaustive verification was carried out. It was found that 250 certificates were either not as per the existing policy or were “bogus”.

However, despite this, complaints kept flowing in. One complaint specifically named the players and mentioned that while they played throwball, the gradation certificates issued to them were for taekwondo. Smelling a rat, the department top brass decided to go in for a closer examination of all certificates issued under the new policy.

It found that various federations had issued certificates to players, but did not have relevant entries for the same. Further, the department dealing hands and the district sports officers had issued gradation certificates without verifying details of the player and the sport they were seeking the certificate for.

“The federations issued a large number of certificates when those many events could not have possibly been held in one year. This shows they were either careless in discharging their duty or there was some misdeed,” a source explained.

Haryana Minister of State for Sports Sandeep Singh said the department wanted a thorough inquiry into the matter. “I am in favour of getting it investigated by the Vigilance department or by a retired officer. One thing is certain, the guilty will be brought to book,” he asserted.

The Minister claimed while some federations were doing commendable work, there were others that had made a business out of issuing certificates.