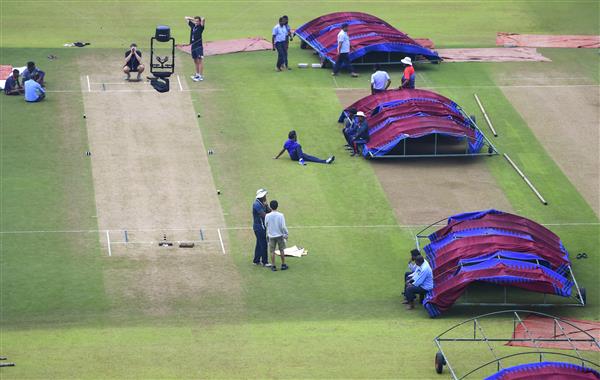 Jasprit Bumrah’s fitness status will be a matter of attention when an out-of-sorts Indian team will look for course-correction against Australia in the second T20 International in a bid to keep the three-match series alive here tomorrow.

Bumrah has been out of action since the end of the England tour and also skipped the Asia Cup due to a back injury.

To everyone’s surprise, the team management didn’t play him during the high-scoring first T20I in Mohali, raising doubts about his fitness.

To compound the team’s worries, the pace attack, including Hardik Pandya, conceded 150 runs in 14 overs.

Bhuvneshwar Kumar, the seasoned pro, has already been taken to the cleaners. He has leaked 49 runs in the three penultimate overs he bowled against Pakistan, Sri Lanka (during the Asia Cup in the UAE) and Australia in Mohali on Tuesday.

In this backdrop, a fit and fiery Bumrah is a pre-requisite for India as the home bowlers are increasingly being found out in good batting conditions.

The worst part about the team is that with five more T20Is left before the opening T20 World Cup game against Pakistan on October 23, India look quite unsettled.

If the approach of the top-three was a problem going into the Asia Cup, now the big worry is over the bowlers being exposed on good batting wickets.

Yuzvendra Chahal, who has been India’s go-to spinner in all conditions, isn’t looking menacing anymore. He has been expensive in the last few games and will have to find a way to trouble the batters again.

However, all-rounder Axar Patel, who was drafted in as a like-for-like replacement for the injured Ravindra Jadeja, again proved his worth with a three-wicket haul on Tuesday.

India were also sloppy on the field as they were guilty of dropping three catches, which drew criticism from former head coach Ravi Shastri.

As far as the batting is concerned, India’s aggressive approach reaped dividends as KL Rahul, Hardik Pandya and Suryakumar Yadav took the team beyond the 200-mark after Rohit Sharma and Virat Kohli were dismissed early.

Australia, on the other hand, have looked like a well-oiled machine despite the absence of key players such as David Warner, Mitchell Starc, Marcus Stoinis and Mitchell Marsh.