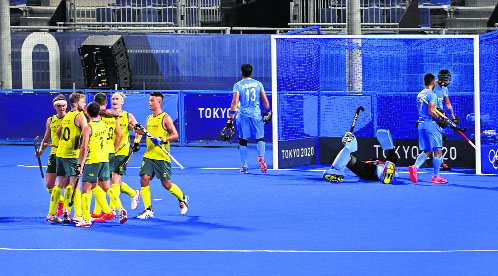 Skipper Harmanpreet Singh’s brace went in vain as India lost 4-5 to Australia in the final game of the five-Test hockey series here today. The hosts won the series 4-1.