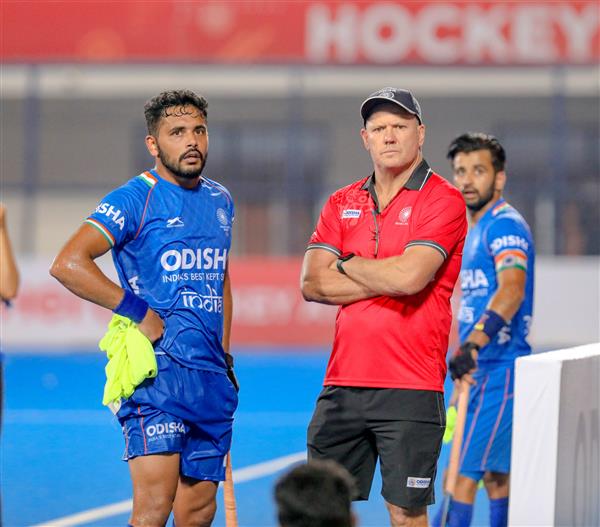 The Indian men’s hockey team will look to kick-start their World Cup preparations in right earnest when it takes on New Zealand in its opening game of the FIH Pro League’s new season at the Kalinga Stadium here on Friday.

After New Zealand, the Indians will take on Spain in their next game on Sunday, followed by return fixtures against New Zealand on November 4 and Spain on November 6.

“It has been a busy last couple of weeks preparing for the four games we will play in the Pro League and the five-matches against Australia in Adelaide in a Test Series next month,” India’s chief coach Graham Reid said.

“All these matches are part of our preparations for the World Cup. Our goal of course is to play our best hockey but we want to be better in our attacking, we want to try a few new things in the way we execute our attack. We are looking forward to these games.”

Captain for the upcoming matches, Harmanpreet Singh, said India would look to replicate their last season’s performance in the new one.

India finished a creditable third in the last season of FIH Pro League.

“Right from the first match we want to build the right momentum into the new season. These are extremely important matches for us ahead of the big event in January,” he added.

New Zealand head coach Greg Nicol said the upcoming matches will provide them not only good understanding about India but also about the conditions ahead of the World Cup to be co-hosted by Bhubaneswar and Rourkela from January 13 to 29.

“With the World Cup happening here in the next few months, playing these away games in Pro League matches in Odisha is a massive plus for our players to understand the atmosphere and the conditions here,” Nicol said.

“India is performing consistently in all major tournaments, they did well in the Olympic Games and the Commonwealth Games. We need to be on top of our game if have to do well against a team like India.”