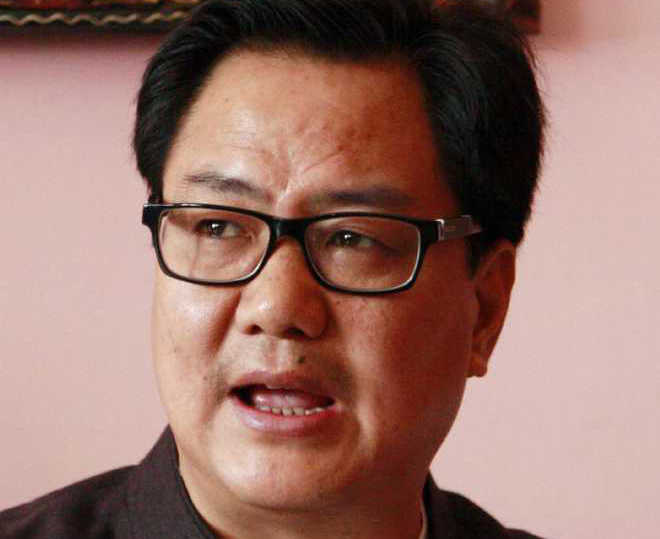 New Delhi: After dropping Chinese sportswear company Li Ning as India’s Olympics kit sponsor, Sports Minister Kiren Rijiju today said the country’s athletes will not wear branded apparel in the upcoming Tokyo Games even as the Indian Olympic Association (IOA) claimed that the search is on for a new partner. Rijiju’s statement came hours after IOA president Narinder Batra told PTI that the national Olympics committee was hoping to find a new kit sponsor for the contingent by the end of this month after cutting ties with Li Ning on Tuesday. “Indian athletes, coaches and support staff, won’t be wearing any branded apparel at Tokyo Olympics. Only ‘INDIA’ will be written in the kits of our athletes,” Rijiju tweeted. However, Batra said search is on for a new sponsor within the limited available time. “The process (of finding a new sponsor) is in progress but time in our hand is very limited. We don’t want to put pressure on anyone and have them on board under duress,” Batra said. PTI