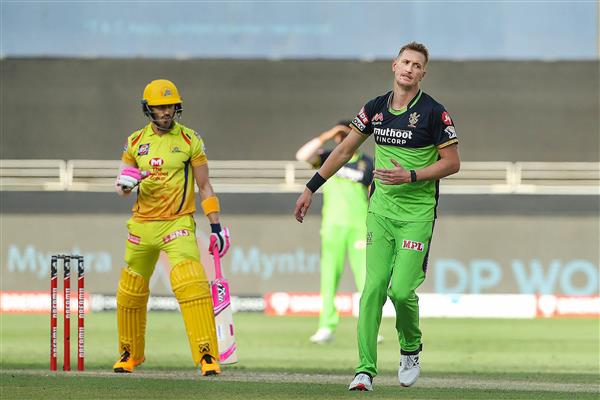 Morris became the most expensive buy in the IPL auction history with Rajasthan Royals shelling out big money for the all-rounder even as uncapped players such as Gowtham also hogged the limelight here on Thursday.

Spin bowling all-rounder Gowtham was bought for a record Rs 9.25 crore by Chennai Super Kings. The 32-year-old is currently with the Indian team as a net bowler for the ongoing Test series against England.

Also read: This Shahrukh Khan too aims to carve identity of his own

Arjun Tendulkar gets maiden IPL deal; Mumbai Indians pick him for base price

Test specialist Pujara back in IPL fold after 2014, CSK buys him at base price

Tamil Nadu’s Shahrukh Khan, named after the Bollywood superstar, expectedly got a handsome Rs 5.25 crore deal from Punjab Kings, more than 51 times his base price of Rs 20 lakh. Shahrukh has been in the limelight with his exploits in the recent Syed Mushtaq Ali Trophy.

Gowtham, an IPL regular who was released by Punjab Kings, was the second off-spinner CSK bought after England’s Moeen Ali. With the hefty price tag, Gowtham became the most expensive uncapped buy in IPL history. His base price was also Rs 20 lakh.

New Zealand pacer Kyle Jamieson, who is known more for his performances in Test cricket, secured a massive Rs 15 crore deal from the Royal Challengers Bangalore.

Punjab Kings, who went into the auction with the maximum purse among eight teams, paid Rs 14 crore to rope in Australian pacer Jhye Richardson, hoping he will plug the gap in their leaking bowling department.

The 24-year-old, who has played two Tests, 13 ODIs and nine T20Is for Australia, was the leading wicket-taker in the recent Big Bash League.

Punjab paid a big amount — Rs 8 crore — for another Australian pacer, the uncapped Riley Meredith, making him the costliest uncapped foreign player in the IPL history.

The last player to be sold at the auction was the legendary Sachin Tendulkar’s son Arjun, a fast bowler finding his feet at the domestic level for now. The 21-year-old was picked up by his father’s erstwhile franchise Mumbai Indians.

While the pacers raked in the moolah, Chennai Super Kings were applauded by other teams in the room for buying India’s Test specialist Cheteshwar Pujara for his base price of Rs 50 lakh, paving the way for his IPL return for the first time since 2014.

Morris, who came with a base price of Rs 75 lakh, generated bids from four teams before it became a battle between Royals and Punjab Kings.

Royals eventually sealed it with a record bid which made Morris the costliest buy at the auction ever, surpassing Yuvraj Singh, who was bought by Delhi Capitals for Rs 16 crore in 2015.

Talking about why Royals went all out on Morris, team COO Jake Luch McCrum said: “Chris is an ex-Royal and he’s one of those players with experience and who can deal with a price tag like that. We’ve re-balanced the side this year, he will fill in an important role for us.”

Earlier, KKR made the opening bid for Maxwell but it eventually became a two-way war between Chennai Super Kings and RCB before the Virat Kohli-led team won him with a bid which came to $1.96 million.

“We wanted to get an X-factor player and we are delighted to get Maxwell,” RCB Director of Cricket Mike Hesson said.

England all-rounder Moeen Ali also went for a high price of Rs 7 crore to Chennai Super Kings. Both Maxwell and Moeen had base prices of Rs 2 crore.

“Absolutely buzzing to play for CSK. They have a massive fan base and I can’t wait to meet them. I can’t wait to play under Dhoni. My teammate Sam Curran is there too. This made my day, made my year,” said Moeen in a video message.

Bangladesh star Shakib Al Hasan was lapped up by KKR for Rs 3.2 crore. He missed the IPL last year as he was serving a ban for failing to report a corrupt approach.

Australian pacer Nathan Coulter-Nile also ended up with a good deal, fetching a Rs 5 crore bid from Mumbai Indians. He had a base price of Rs 1.5 crore.

Australian Steve Smith, who was released by Rajasthan Royals, was bought by Delhi Capitals for Rs 2.20 crore, only Rs 20 lakh more than his base price.

At his base price of Rs 1.5 crore, England batsman Dawid Malan was a bargain buy for Punjab Kings, who went into the auction with the maximum purse among eight teams.