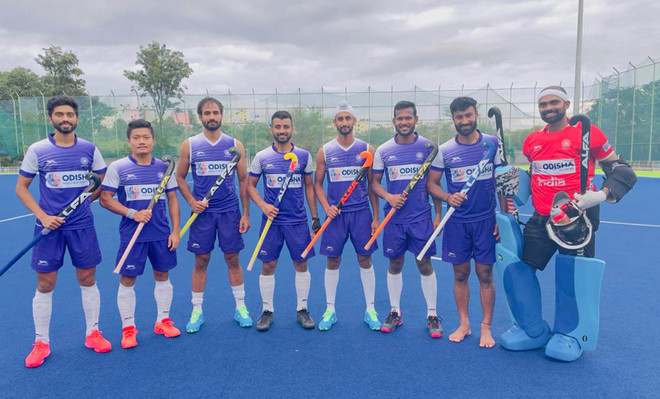 As men and women hockey squads created history with their sterling performances at the Tokyo Olympics, two Jalandhar-based firms were key to their success as the players wielded hockey sticks manufactured by these.

In business for 41 years

It’s been 41 years since my company at Wariana Industrial Complex has been making hockey sticks. We also sponsor players.

Sanjay Kohli (56), owner of Rakshak Sports, is the man behind the powerful weapons of the leading players of the women’s contingent. It’s been over 10 years since the captain of women’s team, Rani Rampal, is relying on ‘Rakshak’ hockey sticks to deliver her best performances in the game.

Feels so proud to be associated with the team. I’ve known Mandeep since he was 10 years old. There was always something special about these kids.

In the Tokyo Olympics, Niki Pradhan and Sharmila Rani also preferred to defeat their opponents with the hockey sticks made in Jalandhar. “It’s been 41 years since my company at Wariana Industrial Complex has been manufacturing hockey sticks. With an aspiration to see women hockey players on the top of their game, we also sponsored players in the 1982 Asian games, followed by 1992 Barcelona Olympics. While my daughter Aakansha Kohli (30) now gives special attention to women players, son Sarthak Kohli (25) ensures the best hockey sticks are supplied to the men’s team,” Kohli said.

Aakansha says before leaving for the Olympics, Rani Rampal had specially asked her to engrave a map of India on her hockey stick. She wanted to come back with a medal. A composite hockey stick used by any player takes 14-15 days to get ready.

The suave poster in which Indian Hockey team captain Manpreet Singh is seen screaming into the void with a Hockey stick in hand has become an iconic image of our times. The Alfa hockey stick which Manpreet and 16 other players of the Tokyo Olympics’ men’s and women’s squad are seen carrying comes from a Jalandhar-based firm.

Nitin and Jatin Mahajan, owners of Pooja Enterprises and manufacturers of the Alfa hockey sticks, are beaming with happiness.

In the gloom brought by Covid, the bronze medal win of the Indian men’s team after 41 years has acted as a fillip for the local hockey industry. There is much to celebrate at the Basti Nau manufacturing unit of the firm.

The firm’s office proudly displays a hockey stick signed by all women team members. Priced between Rs 1,000 and 28,000, the firm’s sticks in neon, white and gold adorn countless Olympic posters and photos.

Launched in 1963 by Sukhdev Raj Mahajan under the name Sukhdev Impex Pvt Ltd, the firm changed its name to Pooja Enterprises in 1991. The company provides sticks to various Indian states as well as Europe and sponsors 80 Indian players across national teams and academies.