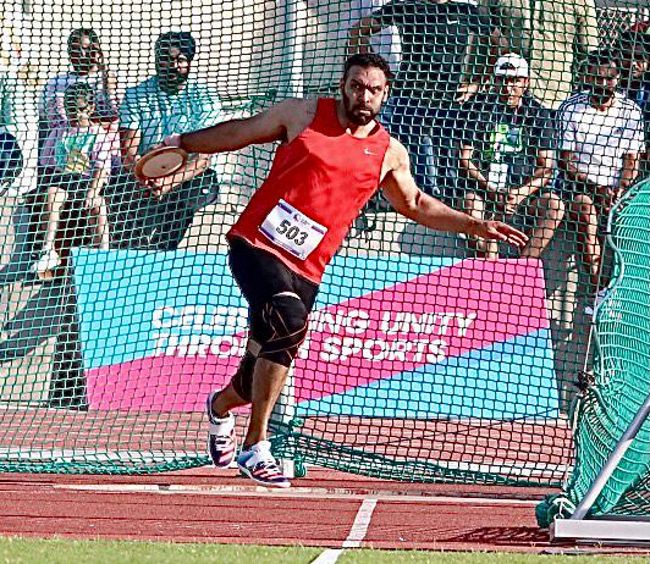 Kirpal won the gold medal with a throw of 59.32 metres.

Batth broke Shakti Singh’s 25-year-old record of 58.56 metres, which was set in 1997. Batth bettered the mark with this second attempt of 58.65m and then bettered it to 59.32m in the penultimate round.

Services’ Gagandeep Singh finished second with a best throw of 56.49m, while teammate Prashant Malik finished third with a best attempt of 55.58m.

“I am happy that I broke the record but I am not satisfied with today’s performance,” Batth, who is employed by the ONGC, said.

“The heat was taking a toll. Also the long ride from my hotel to this venue — it takes between 45 minutes to an hour — had stiffened my body,” he added.

For someone who needs a lot of strength, Batth disclosed that he was a vegetarian. “You will be shocked to know that I am a vegetarian. I eat home-cooked food. There is no special diet for me,” said Batth, who hails from Patti in Tarn Taran.

“I eat what my family eats. I also cannot eat too many rotis because wheat is not good for us athletes. I can only afford to eat one roti. I do take supplements in addition,” he added.