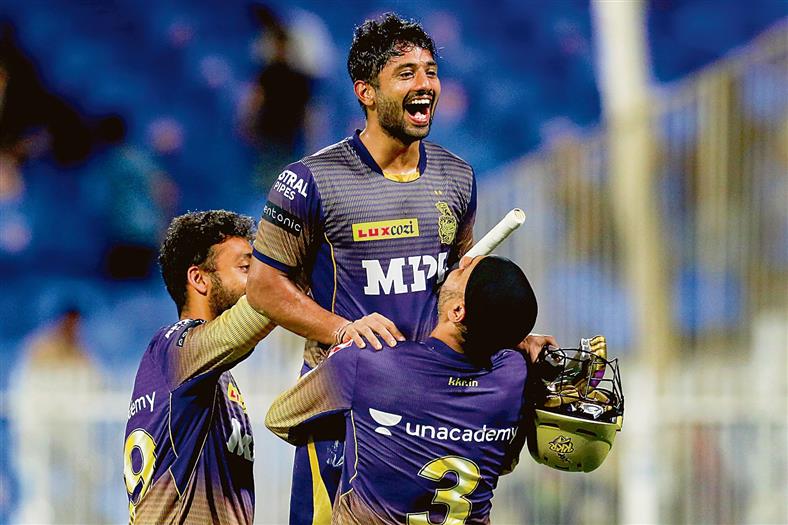 The 26-year-old Iyer was the star of the day as he struck a 41-ball 55, laced with four boundaries and three sixes. He shared a 96-run stand for the opening wicket with the talented Shubman Gill (46 off 46 balls) in 12.2 overs to seemingly take the game away from DC’s reach.

But the match took an incredible turn towards the end when KKR lost five wickets for seven runs, four of them for duck.

Chasing a target of 136, KKR were cruising at 123/1 in 15.5 overs but from there on they suffered a stunning batting collapse.

Nitish Rana (13) was out in the last ball of the 16th over and he was followed by Gill four balls later. Still, there was no panic in the KKR camp before Dinesh Kartik’s (0) dismissal off the final ball of the 18th over sent alarm bells.

KKR needed 10 runs from the last two overs but Anrich Nortje removed KKR captain Eoin Morgan (0) with the final ball of the 19th over, leaving KKR seven runs to get from the final over.

Shakib Al Hasan (0) and Sunil Narine (0) were then removed off the third and fourth balls before Tripathi hit a six off spinner Ravichandran Ashwin to help KKR notch a stunning win in the end.

This will be KKR’s third final appearance after winning the title in 2012 and 2014. They had just about managed to sneak into the playoffs at the expense of five-time champions Mumbai Indians, thanks to their better net run-rate.

Earlier, KKR produced a clinical bowling display to restrict DC to 135/5. Sent in to bat, the DC batters struggled on a slow pitch with opener Shikhar Dhawan top-scoring with a 39-ball 36 while Shreyas Iyer remaining not out on 30 off 27 balls.