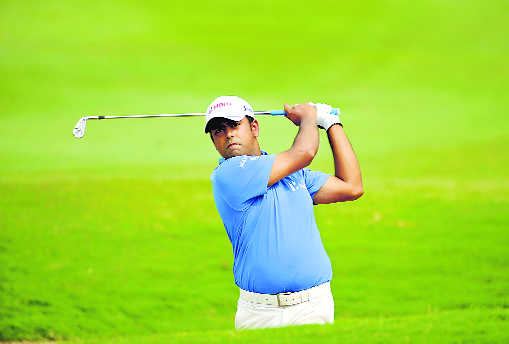 Olympics-bound Indian golfer Anirban Lahiri fired a 7-under 65 to finish tied-third at the Barbasol Championship. He made eight birdies to end at 20-under, one stroke behind the playoff duo of Seamus Power and JT Poston. Power won the six-hole playoff.

Young Indian Grandmaster R Praggnanandhaa let veteran Michal Krasenkow off the hook to lose the second game in the third round of the FIDE Chess World Cup. The duo will battle it out in the tie-breaker to earn a spot in the fourth round. The experienced P Harikrishna accepted a draw against lower-rated Constantin Lupulescu to advance to Round 4. Nihal Sarin’s campaign came to an end as he lost to Dmitry Andreikin. In an all-Indian clash, B Adhiban won the second game against Vidit Santhosh Gujrathi to send the encounter into the tie-breaker. Agencies

India will aim to stamp authority over Sri Lanka

India’s young guns will get another opportunity to flaunt their exceptional talent and secure a series win against Sri Lankan outfit in the second ODI here on Tuesday. Agencies