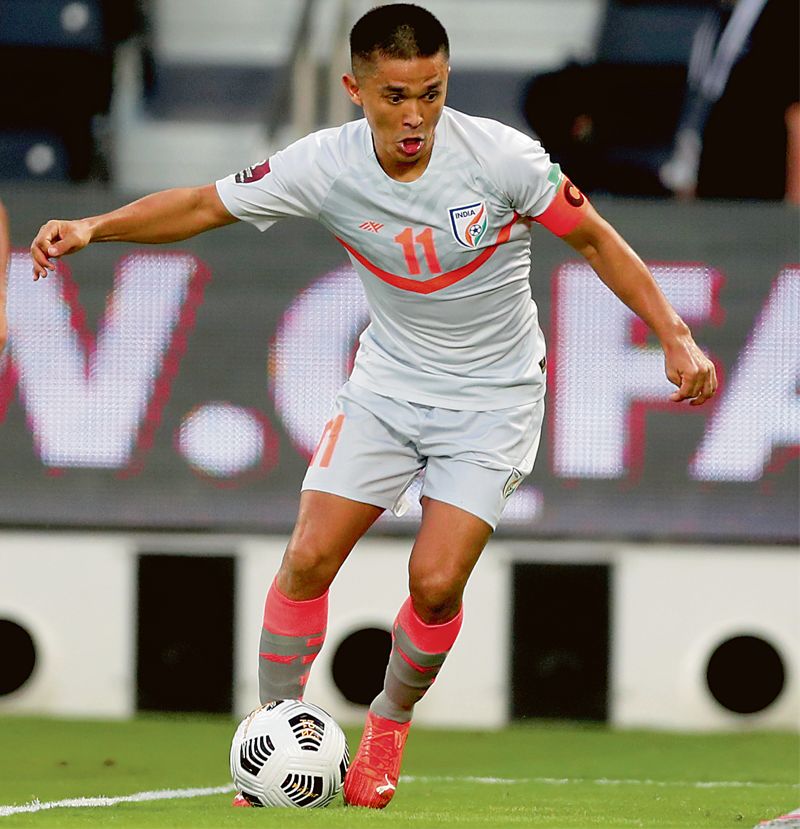 Inspirational captain Sunil Chhetri rose to the challenge with two goals after Manvir Singh had scored the first one as India beat the Maldives 3-1 in a must-win match to reach the final of the South Asian Federation Football Championship here tonight. 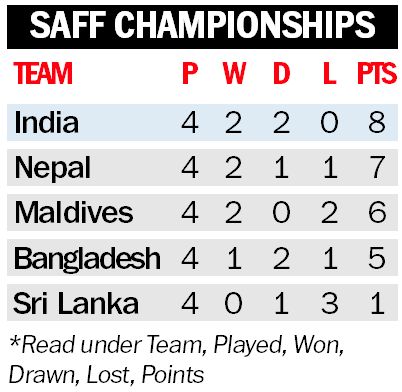 Draws against Bangladesh and Sri Lanka had made tonight’s match a must-win tie for India, and the team responded well by scoring three goals in the night, the first time they scored more than two goals since current coach Igor Stimac took over.

India will meet Nepal in the final on Saturday, having beaten them 1-0 in the group stage. With less than 30-minutes left in the match, the score was 1-1 and India stared at the exit. It was then that, in less than 10 minutes, Chhetri scored twice to ease the nerves of the Indian fans.

Chhetri’s first goal came when Manvir Singh sent in a perfectly-weighed pass in Chhetri’s path, and the captain coolly volleyed the ball home. Two minutes later, the home team created a chance after winning a free-kick close to the Indian goal, and Ali Ashfaq — who had scored the equaliser for his team — drew a save from Indian goalkeeper Gurpreet Singh. Then, in the 71st minute, Chhetri struck again — this time the goal was more spectacular as he rose to head the ball in to give the team a two-goal advantage. The Maldives defence was caught napping and Chhetri capitalised on it by scoring his 79th goal in the Indian shirt.

India had gone 1-0 up in the 33rd minute when they won the ball close to the Maldives goal and Manvir Singh, having received the ball, found a gap in the defence to score.

Shortly after that, Manvir came close to scoring again as he was allowed space by the Maldives defence, but his curling left-footer went wide of goal. Then, just before half-time, Pritam Kotal in the Indian defence conceded a spot-kick after fouling a Maldives player inside the box and Ali Ashfaq converted to make it 1-1. — TNS