Loss to Pakistan: It's only T20 cricket, grin and bear it

T20 is a lottery, don’t let defeat upset you 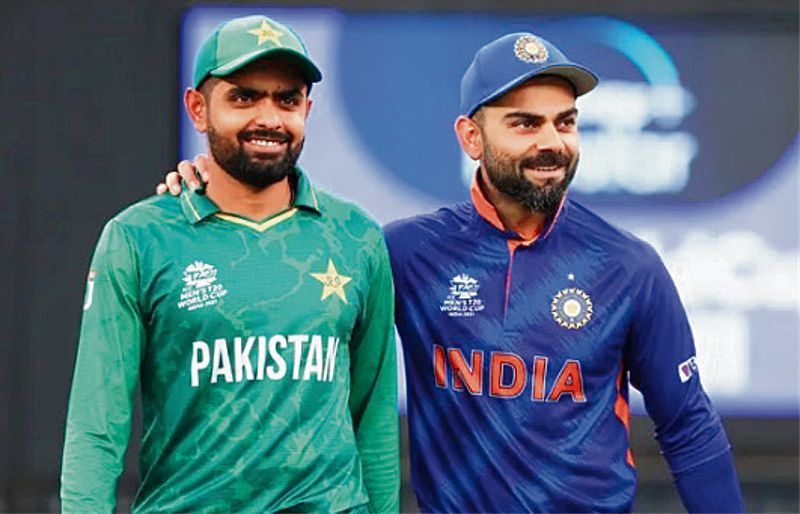 The cute photo of Virat Kohli hugging Mohammad Rizwan, whose face rests briefly right above the heart of the Indian captain, is winning hearts across borders. That’s the way to congratulate a team that has put up a terrific performance — whether the team is from Poland or Pakistan.

Kohli’s grin at the end, as he greeted Babar Azam and Rizwan, seemed genuine enough. That’s apt, too, for that’s the way to end a Twenty20 match — because, after all, professional cricketers know that this format is mostly fun and frolic, even if fans treat it as a matter of life and death. Cricketers know that it’s a game of chance, and margins are so thin that it can often boil down to a few balls.

But former cricketers, perhaps because they’re being paid massive sums of money to discuss Twenty20 cricket on TV, deliver their analysis with such earnestness and gravity as to suggest that it’s something that involves massive brainstorming and strategising.

Teams hire head coaches, coaches, mentors to work out the plans. But it’s all very simple, really — each batsman goes out with the idea of slogging the ball hard. Since it’s very, very rare for 10 wickets to fall in 20 overs, they have the licence to attempt the most outrageous shots. The cost of failure is not high — two decent scores in five innings are enough to keep a player in a team, especially in domestic T20 leagues.

Fans don’t understand all this. In India, the IPL may have spoiled them, too — in the IPL, an Indian team always wins. Maybe this gives fans a false sense of grandeur about the Indian players — maybe they believe victory is the Indian team’s by rights.

The riches of Indian cricket, too, may have contributed to inflated egos among fans.

Some fans, who think that defeat hurts them more than it hurts the players, have behaved like petulant losers after the loss to Pakistan — they’ve gone out and attacked individuals in the Indian team, especially Mohammed Shami. This is particularly despicable. They’d do better by aping the men they claim to idolise — the behaviour of Kohli or India team mentor MS Dhoni with the Pakistani players after the game was exemplary. Watch and learn. It’s just a game — enjoy it if you win, congratulate the winner graciously if you lose, then move on.

Sport is unpredictable and fans must learn to accept good and bad results — and here we’re talking about T20 cricket, which is the epitome of unpredictability. As Ian Chappell, the former Australian captain, says, the “T20 World Cup is a lottery because the format favours upsets”. So, whether your team wins or loses, learn to handle the result with the dignity and coolness of a Dhoni.