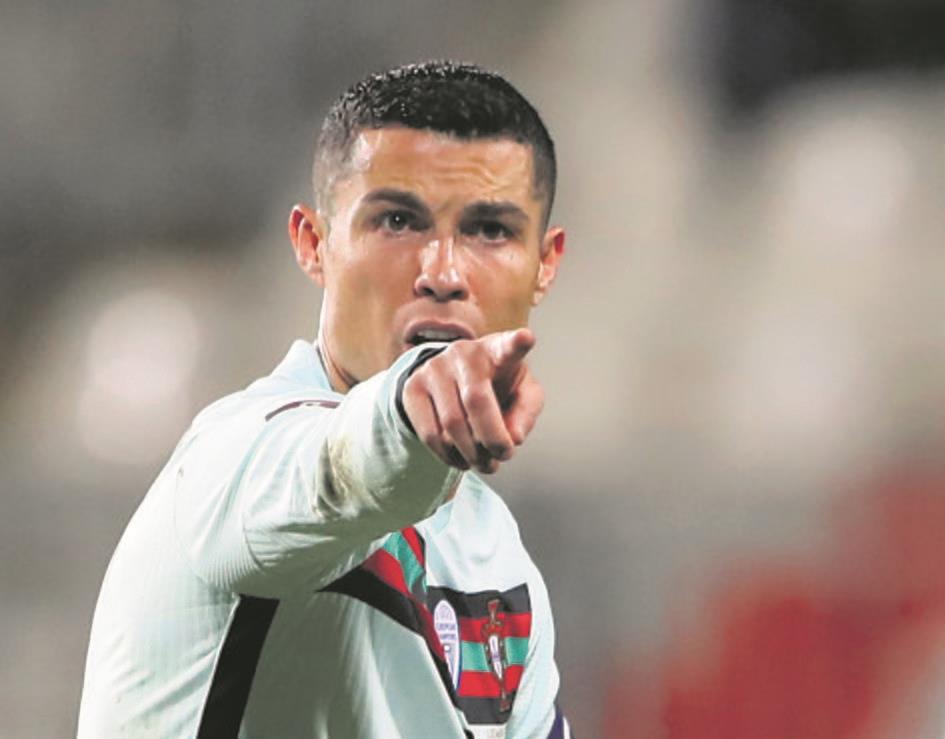 Belgium not only take their top ranking into the European Championship but will also be the most experienced of the campaigners at the tournament, which kicks off tomorrow.

Their 26-man squad has a total of 1,338 caps — an average of more than 50 per player and underlining the experience of Roberto Martinez’s team.

Four squad members have already racked up 100 caps, and winger Dries Mertens will win his 99th cap if he lines up as expected against Russia in St Petersburg on Saturday, when the two countries get their Group B campaign underway.

Another 19 players at the tournament have passed the milestone of 100 caps, led by Cristiano Ronaldo, who made his 175th appearance for Portugal on Wednesday in their last warm-up win over Israel.

He also increased his goal tally to 104, moving closer to becoming the all-time leading goalscorer in men’s international football.

Ronaldo is already the holder of the record for the most games played at the Euro finals with 21, and he will be participating in his fifth tournament. But at 36 he is not the oldest at the Euros. Dutch goalkeeper Maarten Stekelenburg is 38, having come out of the international wilderness to win a place back in the Netherlands squad in March. At the start of the tournament, he will be exactly one and a half years younger than oldest ever Euro participant holder Gabor Kiraly, the only over 40-year-old to play at the finals when he kept goal for Hungary in 2016.

The youngest at Euro 2020 will be Poland’s Kacper Kozlowski — one of two 17-year-olds in the tournament, which has never happened before. Jude Bellingham will turn 18 on June 29 and possibly be involved in the Round of 16 on his birthday if England progress. Kozlowski only turns 18 in October.

Spain has the youngest squad with an average age of 24.5 years, while the Swedes are the oldest at 29.2 years on average. The youngest captain, Scotland’s Andrew Robertson, is 27 years old.

It is perhaps no coincidence that Champions League finalists Chelsea and Manchester City provide the most participants for this tournament with 15 players each, followed by Bayern Munich with 14. England have the most home-based players in their squad with 23 out of their 26 competing in the Premier League. Italy have 22 from Serie A, and Russia the same number from their league. — Reuters