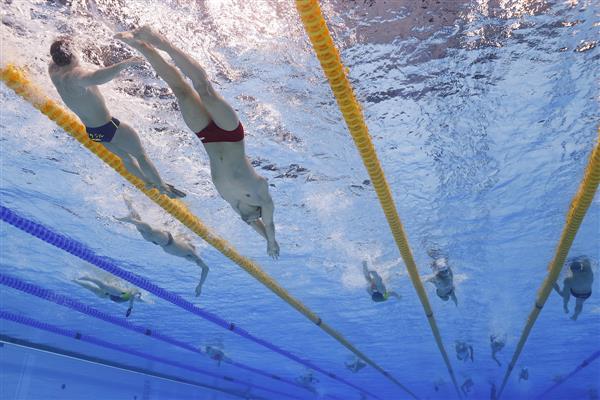 Swimmers during training in Japan. REUTERS

Six Poland swimmers flew back to Warsaw from Tokyo on Sunday with their Olympic dreams in tatters.

The unfortunate group - all relay swimmers - had only just arrived in Tokyo as part of the 23-strong Polish contingent when they received news of an error by the Polish Swimming Federation in the qualification submission process.

An administrative mistake meant that Poland had infringed Olympic rules by overfilling their roster of permitted athletes, so a decision had to be made on who to send home.

All of Poland's Olympic swimmers, with the exception of sprint ace Kasia Wasick, reportedly only because she is not yet in Tokyo, have signed an open letter calling for the entire board of the Polish Swimming Federation to resign immediately.

"Polish swimming - both in the eyes of the public and potential sponsors - has been exposed as a laughing stock," reads the letter. --AP