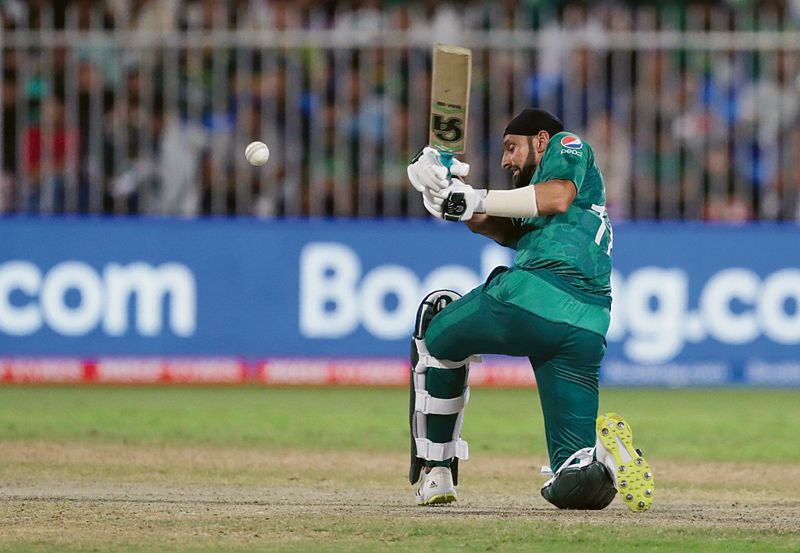 Pakistan underlined their credentials as early T20 World Cup favourites when they held their nerve to beat New Zealand by five wickets and secure a second straight victory. Chasing a modest 135 for victory after pace bowler Haris Rauf choked out New Zealand with four wickets, Pakistan were in trouble at 69/4 but crossed the line in 18.4 overs.

The Group II contest was played against the backdrop of bad blood between the sides after New Zealand abruptly abandoned a limited-overs tour of Pakistan last month citing a security alert.

Dubai: The West Indies’ title defence ran into trouble after they succumbed to their second successive defeat. Chasing West Indies’ 143/8, South Africa reached the target with 10 balls to spare. — Reuters

Dubai: Cricket South Africa has ordered its players to take the knee before their remaining T20 World Cup matches in support of the ‘Black Lives Matter’ movement and took note of Quinton de Kock’s withdrawal from the game against West Indies due to “personal reasons”. In a surprising move, wicketkeeper-batter de Kock made himself unavailable for match against West Indies, his decision coming after the CSA diktat. CSA said it will await a report from the management before deciding on its next move regarding de Kock. “Cricket South Africa (CSA) has noted the personal decision by South African wicketkeeper Quinton de Kock not to “take the knee” ahead of Tuesday’s game against the West Indies,” the CSA said. PTI