Qualifier to champion: The Great Briton 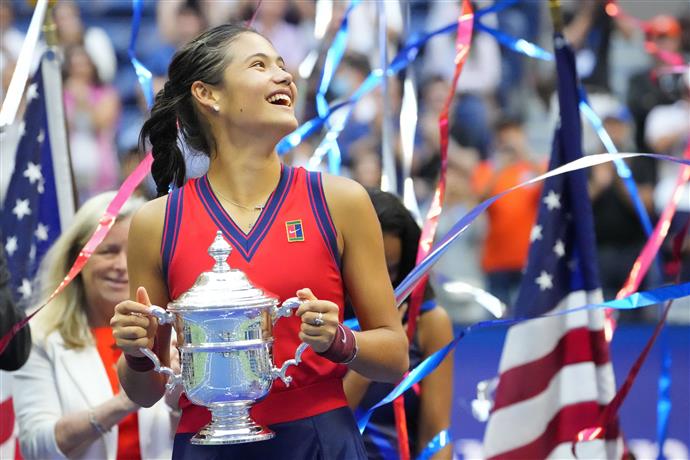 Emma Raducanu beat Leylah Fernandez 6-4 6-3. With this win, her world ranking will shoot up to 23rd from 150th. USA TODAY Sports/Reuters

British teenager Emma Raducanu arrived in New York last month with a ranking of 150th, just one Grand Slam appearance to her name and a flight booked to head out of town after the US Open’s preliminary rounds in case she failed to win her way into the main tournament. 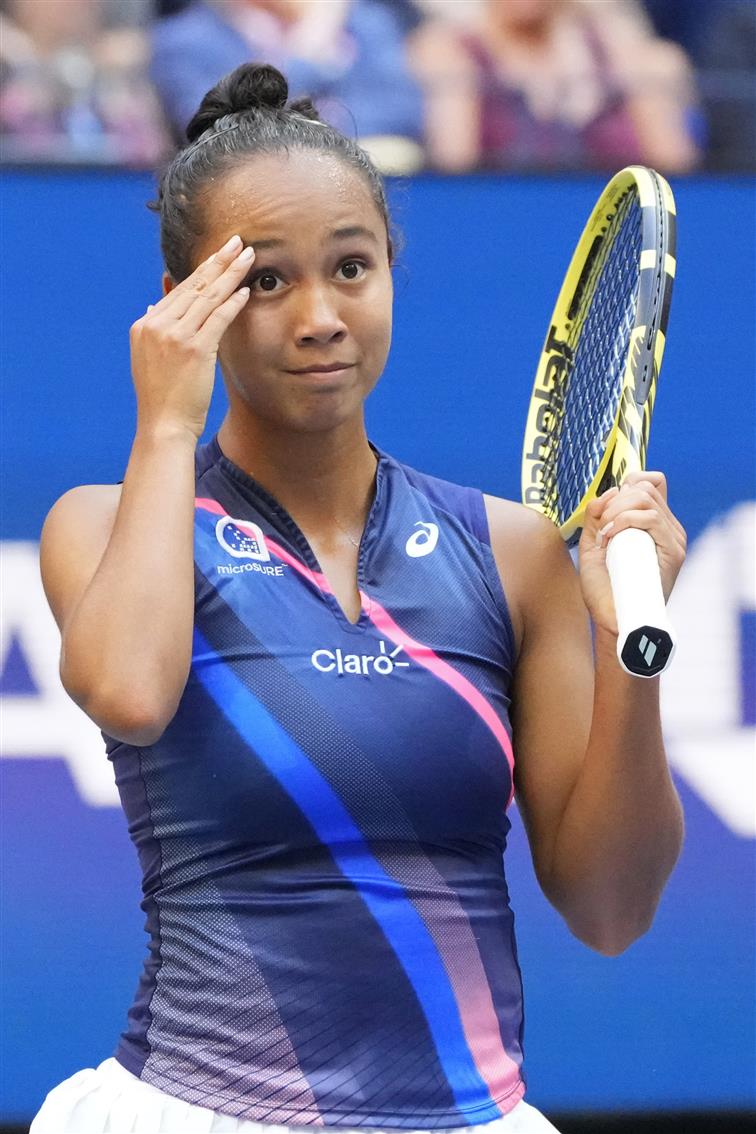 And there she was in Arthur Ashe Stadium on Saturday, holding a trophy to complete an unlikely — indeed, unprecedented — and surprisingly dominant journey from qualifier to a Major champion by beating Canadian teenager Leylah Fernandez 6-4 6-3 in the final.

“The future of women’s tennis, and just the depth of the game right now, is so great,” Raducanu said. “I think every single player here in the women’s draw definitely has a shot of winning any tournament.”

The 18-year-old Raducanu won 10 matches in a row at Flushing Meadows -- three in qualifying, seven in the main draw — and is the first woman to win the US Open title without dropping a set since Serena Williams in 2014.

This was the first Major final between two teens since Williams, 17, beat Martina Hingis, 18, at the 1999 US Open and the first between two unseeded women in the professional era, which began in 1968.

“I hope to be back here in the finals and this time with a trophy -- the right one. With the right trophy,” Fernandez said as tears welled in her eyes during the trophy presentation.

“That’s just the competitor that she is,” Raducanu said about Fernandez, whom she last faced in the Wimbledon juniors event three years ago. —AP

2nd This was Raducanu’s only second Grand Slam appearance, her previous being the Wimbledon.

1st The Briton is the woman to win the US Open title without dropping a set since Serena Williams in 2014.

1st Saturday’s final featured two unseeded players for the first time at a Major in the Open Era.

I send my congratulations to you on your success in winning the United States Open Tennis Championships. It is a remarkable achievement at such a young age. —Queen Elizabeth II

I have no doubt your outstanding performance, and that of your opponent Leylah Fernandez, will inspire the next generation of tennis players. I send my warmest good wishes to you and your many supporters. —Boris Johnson, UK PM

First time in my life I’ve ever tweeted whilst on air, , but my goodness what a performance, what a triumph, what an amazing young woman. —Gary Lineker, Former England soccer captain