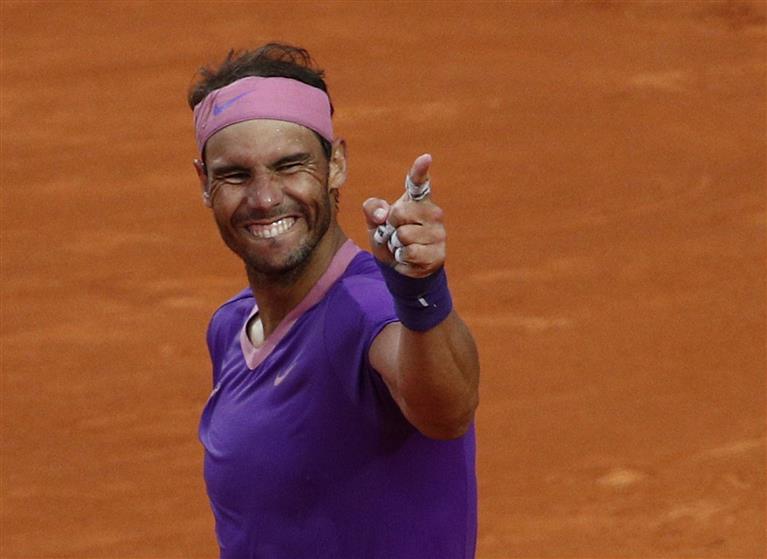 After warming up for the French Open in style by beating world No. 1 Novak Djokovic in the Rome Masters final on Sunday, Rafa Nadal said he is heading to the French Open with confidence and a clear mind in search of a 21st Grand Slam title.

Nadal, who suffered quarterfinal exits at Masters 1000 events in Monte Carlo and Madrid, said he would rest for a couple of days back home before heading to Paris for his title defence.

“I think I can work in a couple of things that I can do a little bit better or I can keep confirming that I am on the way,” he told reporters. “I think I have been improving this week, but I need to keep going with that improvement, because when you improve and you’re able to do it every day for longer time, then you feel more confident and more safe.

“So I just need to keep going. I know what I need to work (on) for the next couple of weeks, and I (am) going to do it,” Nadal added.

Victory in Rome saw Nadal equal Djokovic’s tally of 36 ATP Masters 1000 trophies but it was not all plain sailing, the Spaniard having to save two match points against Canadian Denis Shapovalov in the third round. — Reuters

Remarkably, Rafael Nadal won a fourth different tournament for the tenth time to complete his latest ‘La Decima’ — ‘the tenth’ — and all of them are on clay. “The 10th, I really wanted this 10th here in Rome. It was one of the first important titles that I won in my career,” Nadal said about his 10th win in Rome. “After achieving 10 in Roland Garros, 10 in Monte Carlo, 10 in Barcelona, I really wanted this one.” Nadal is one of only two male players to have titles in double digits at a single event, the other being Roger Federer, who has won 10 titles each in Halle (grass) and Basel (hardcourt). Martina Navratilova is the only woman to achieve this feat.

Active players with most clay titles