Former Pakistan skipper Inzamam ul Haq, who hit 184 against India in Bengaluru in 2005, held the previous best score in the 100th Test 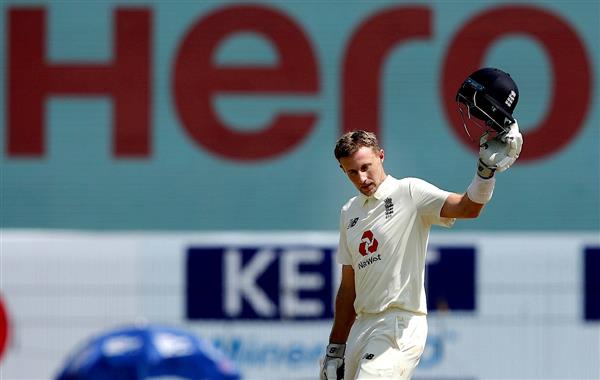 England skipper Joe Root became the first cricketer to notch up a double century in his 100th Test, touching the milestone on the second day of the first Test against India, here on Saturday.

The 30-year-old reached his double hundred when he lofted India spinner Ravichandran Ashwin for a six over long-on in the second session on day two of the series-opener.

“First batsman in the history of Test cricket to score a double century in his 100th Test – JOE ROOT. Sensational innings from the England skipper!” the International Cricket Council (ICC) tweeted.

Former Pakistan skipper Inzamam ul Haq, who hit 184 against India in Bengaluru in 2005, held the previous best score in the 100th Test.

Root’s 218-run knock ended when he was trapped in front of the wicket by spinner Shahbaz Nadeem. This was Root’s fifth double century.

He joined the likes of compatriot Alastair Cook, South Africa’s Graeme Smith and India’s Rahul Dravid, who all have five double tons.

On Friday, Root became the ninth player in the history of the game to score a ton on his 100th appearance when he brought up his 20th hundred. PTI