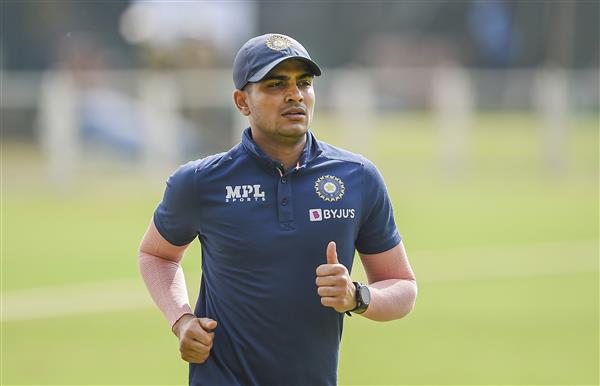 Shubman Gill has three half-centuries as an opener in his eight Test matches. file

The Indian team management, in all likelihood, will ask the talented Shubman Gill to bat in the middle-order in the upcoming Test series against New Zealand to see if the youngster can take on the attack in the absence of big guns, if required.

It is understood that Gill has been told that he would bat in the middle-order in the first Test against New Zealand in Kanpur, where Ajinkya Rahane will lead the team in the absence of Virat Kohli, who is on a break.

With no Rohit Sharma for the two-Test series, it is an ideal opportunity for the team management to check out Gill’s prowess as a middle-order batter in the long run when both Kohli and Rohit will be back for the South Africa tour.

KL Rahul, as of now, is a certainty at the top of the pack and his fine show in England has only reaffirmed his status as one of the most stylish Indian batters in the current team. He will open with Mayank Agarwal against the Black Caps.

But how would it be to see Gill in the middle-order? Former national selector Jatin Paranjape, who was part of the panel that handed Gill his Test debut in Australia, feels that it won’t be a very bad idea. “I am always a believer that rigidity in team selection doesn’t help. I actually feel that playing Shubman as a middle-order batter will help the team. A certain amount of flexibility always helps,” Paranjape told PTI.

that middle-order apart from Kohli who can take the attack to the opposition camp.

But won’t Gill, who has three half-centuries as an opener in his eight Test matches, find it difficult to adjust to his new role?

“When you are a young player, the capability to adapt to various roles is much quicker than at later stages of your career when you have already played 50 Test matches,” said Paranjape. — PTI