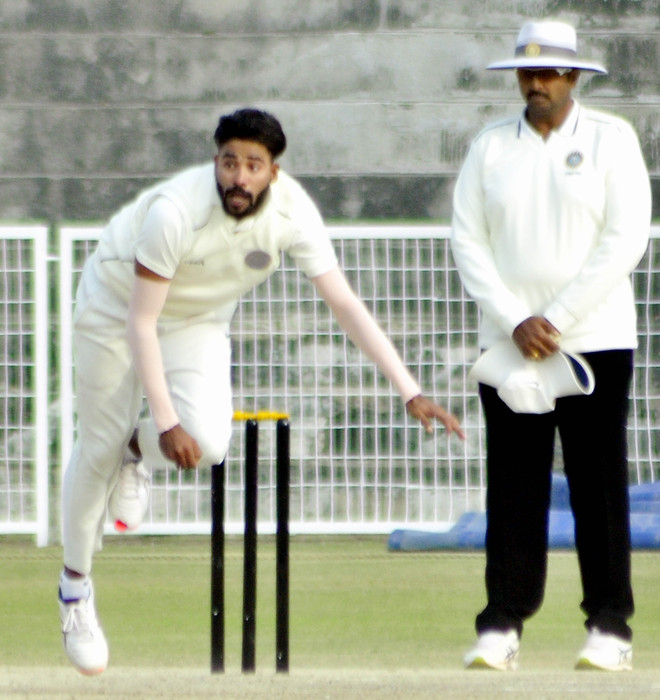 Mohammed Siraj has so far played one ODI and three T20Is for India. File Photo

India fast bowler Mohammed Siraj, currently on tour of Australia with the Indian team, was given the option of flying back home by the Indian cricket board to be with his family after his father died on Friday. Siraj, however, decided to stay back in Australia.

"India fast bowler lost his father on Friday after a brief illness. The Board of Control for Cricket in India (BCCI) had a discussion with Siraj and he was offered the option of flying back and be with his family in this hour of grief," the Board said in a statement.

"The fast bowler has decided to stay with the Indian contingent and continue performing his national duties. The BCCI shares his grief and will be supportive of Siraj in this extremely challenging phase," the statement added.

"May Mohammed Siraj have a lot of strength to overcome this loss..lots of good wishes for his success in this trip.. tremendous character @bcci," Ganguly tweeted.

"Our heartfelt prayers and condolences go out to Mohammed Siraj and his family, on the loss of his father. The entire RCB family is with you during this difficult time," tweeted RCB.

Siraj is part of India's Test squad and is in the Sydney quarantine hub.

Although the 26-year-old has played in ODIs (1) and T20Is (3), this has been his maiden entry into the Test squad.

Siraj had been among the wickets in First-Class cricket at home, leading his team Hyderabad's pace attack in Ranji Trophy and also featuring with wickets for India A.

He took an eight-wicket haul against Australia A in Bengaluru in 2018 to come into national contention. The haul, a record for India A, followed a few fifers and four-wicket hauls against South Africa A and West Indies A that year. He also performed against England Lions.

His bowling spell against Kolkata Knight Riders last month, when he bowled two maiden overs, and picked three wickets in the powerplay got him further accolades. IANS