Deferred due to Covid, Euro 2020 begins with Italy-Turkey clash 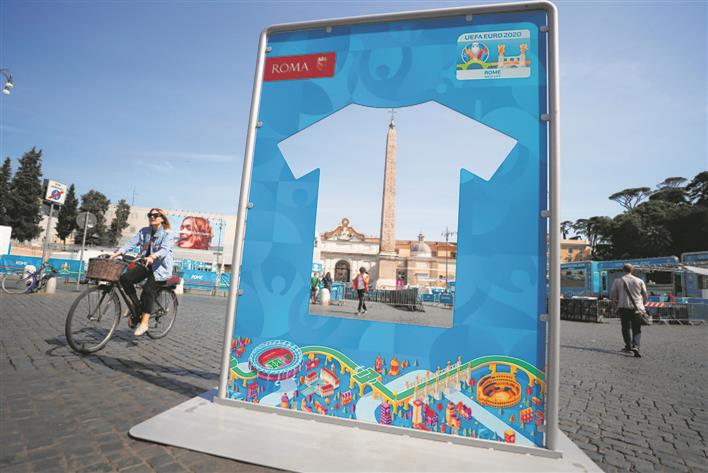 A general view in a fan zone at Piazza del Popolo in Rome ahead of the opening match between Turkey and Italy. REUTERS

Somehow it seems appropriate that Italy, the first country in Europe that was overwhelmed by the coronavirus pandemic, is hosting the opening game of the European Championship. Even if Euro 2020 is kicking off in 2021.

The biggest crowd to gather in Italy for a year and a half will witness an Azzurri squad aiming for the title play a Turkey team aiming to spring a surprise at Stadio Olimpico. “We’ve been waiting a year for this European Championship and we can’t wait to experience hearing 15,000 people singing the national anthem,” veteran Italy defender Leonardo Bonucci said. “Soccer with fans inside the stadium is a different sport.”

After embarrassingly failing to qualify for the 2018 World Cup, Italy won all 10 of their qualifying matches for Euro 2020 and enter on a 27-match unbeaten run.

“We want to go all the way,” Bonucci said. “Other national teams have more experience but we can play with anyone. We don’t have a (Romelu) Lukaku or a Cristiano Ronaldo. Our strength is the team.” 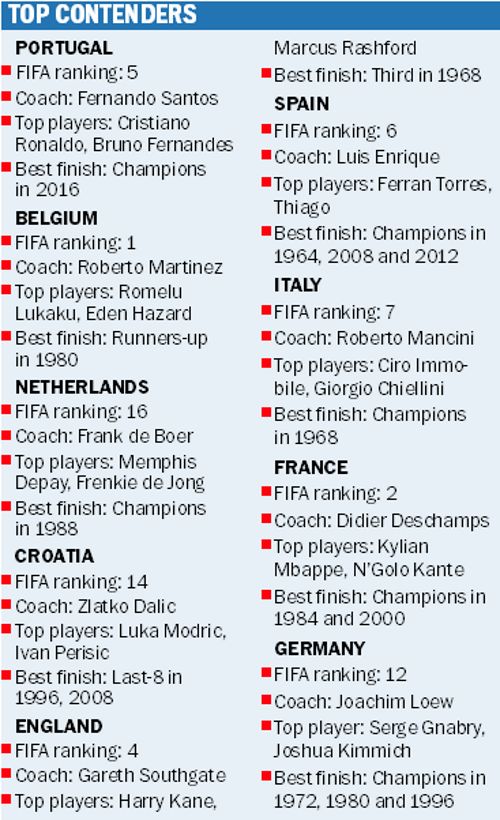 Turkey took four points off France in qualifying, including a 2-0 win over the World Cup champions, and lost only one of their matches to finish second in their group.

“Being in this tournament and playing in the opening match makes us proud,” Turkey coach Senol Gunes said. “In every opening game there are surprises and I hope we can also spring one.”

You are most welcome

All 11 host cities — from Glasgow to St Petersburg, and Sevilla to Bucharest — have agreed to allow at least some fans into their stadiums for Euro 2020 matches. Restrictions related to the pandemic, however, could still affect the final numbers — even with the tournament set to open in Rome.

The most should be in the east, with Budapest, Baku and St Petersburg expected to fill between 50 per cent and 100 per cent of capacity. In Hungary, that means a possible 68,000 fans — the full stadium capacity for the Puskas Arena — could be there to watch matches involving the host nation taking on both Cristiano Ronaldo and European champion Portugal, and Kylian Mbappe and World champions France.

Portugal and France will also play each other in the city, on June 23, with advancement to the Round of 16 possibly on the line.

London, which will host the most games at the tournament with eight matches, is expected to have 25 per cent capacity at Wembley Stadium. That number could be increased in two semifinals and the final. — Agencies

At 36, Ronaldo is getting closer to bidding farewell to Portugal’s national team. Before ending his run, though, he will try to add yet another record to his name. Ronaldo is five goals away from tying the all-time scoring record for a men’s national team. The record of 109 goals is held by former Iran striker Ali Daei, the only other male soccer player to surpass the 100-goal milestone. The Juventus forward has scored for Portugal in every calendar year since his first international goal in 2004.

As a teenager, Kylian Mbappe (in pic) was one of the sensations of the 2018 World Cup while helping France win the title. Three years later, he could take up a more prominent leading role while trying to help “Les Blues” succeed at Euro 2020. Mbappe had a strong finish to his season, scoring nine goals in the last eight PSG games. He finished with 11 more goals than last season.

No one scored more goals than Kane in qualifying for Euro 2020. The England captain had 12 goals in qualifying matches, along with five assists. He had one goal more than both Ronaldo and Israel forward Eran Zahavi. The Tottenham forward was also the top scorer at the last World Cup, and the top scorer in this season’s Premier League with 23 goals. Kane has scored 34 goals since his England debut in 2015 and is on course to break Wayne Rooney’s national team record of 53 goals.