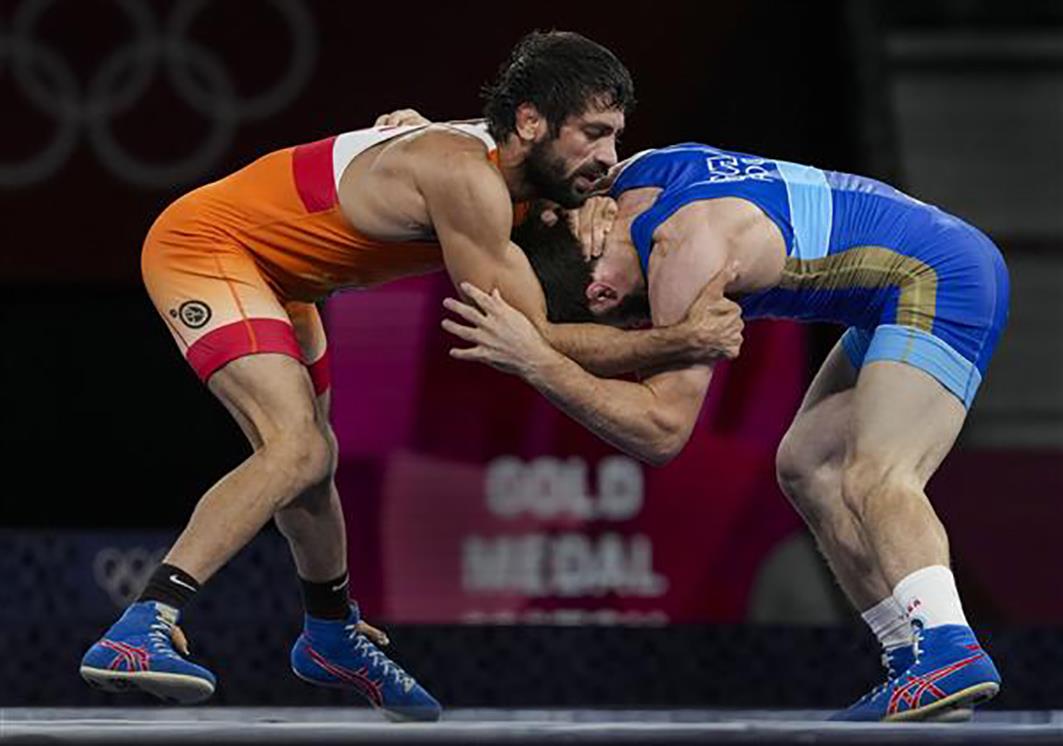 Ravi Dahiya on Thursday became only the second Indian wrestler to win a silver medal at the Olympic Games after he lost the men’s freestyle 57kg title clash 4-7 to reigning world champion Zavur Uguev here.

There were expectations that the 23-year-old Dahiya would become India’s youngest Olympic champion but the Russian defended well to win comfortably.

Dahiya had lost to Uguev at the 2019 World Championship also.

The wrestler from Nahri village in Haryana had outclassed Colombia’s Tigreros Urbano (13-2) in his opener and then outwitted Bulgaria’s Georgi Valentinov Vangelov (14-4) in the quarterfinals.

In the semifinals, he erased a massive 2-9 deficit to pin Nurislam Sanayev.

Sushil Kumar, who is now in jail on charges of a murder, is the only other Indian wrestler to have made the final at Olympics.

KD Jadhav had won a bronze in the 1952 Helsinki Games. Sakshi Malik had become the first woman wrestler to win an Olympic medal when she clinched a bronze at the 2016 Rio Olympic Games. PTI