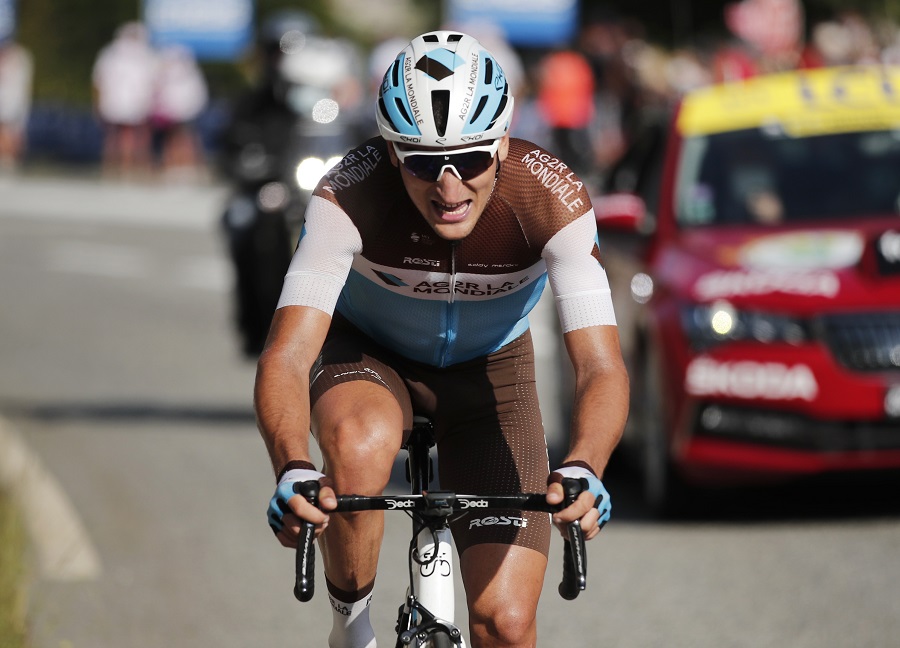 On a day of mixed feelings for the home nation, Nans Peters won the eighth stage of the Tour de France following a long breakaway in the Pyrenees, while fellow Frenchman Thibaut Pinot saw his hopes of winning the race vanish.

Peters was part of a group of 13 riders who broke away Saturday in the early stages of the punishing 141-kilometer (87.5-mile) stage to the town of Loudenvielle.

Peters and Ilnur Zakarin moved away from their breakaway companions in the grueling Port de Bales climb. Peters then dropped his Russian rival in the descent and never looked back.

Riding at the back with other contenders, Pinot, who crashed last week at the end of Stage 1 and did not fully recover, was dropped in the day's second ascent.

He was accompanied by three teammates who gently patted him on the shoulders and tried to spur him on with kind words. Touching his lower back, Pinot could not react and his Tour hopes are effectively over — a year after he was forced to withdraw with a left leg injury.

The Tour, which was postponed from its usual July slot due to the coronavirus, ends in Paris on Sept. 20.  AP