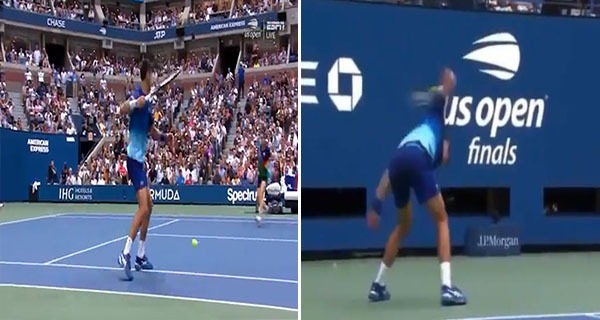 A still from videos.

Preventing the world No 1 Novak Djokovic from completing the calendar Grand Slam, Daniil Medvedev left the Serb in an angry mood.

He also almost ended up hitting a ball girl.

Medvedev made history, winning his first major title with a stunning 6-4, 6-4, 6-4 win against world No 1 Djokovic in the US Open final.

At the end of the game, Djokovic told the crowd: "You guys touched my soul. I've never felt like this in New York... I love you guys. Thank you so much for the support and everything you have done tonight for me. I love you and I'll see you soon."

Medvedev lost just one set en route to his US Open title. With inputs from IANS