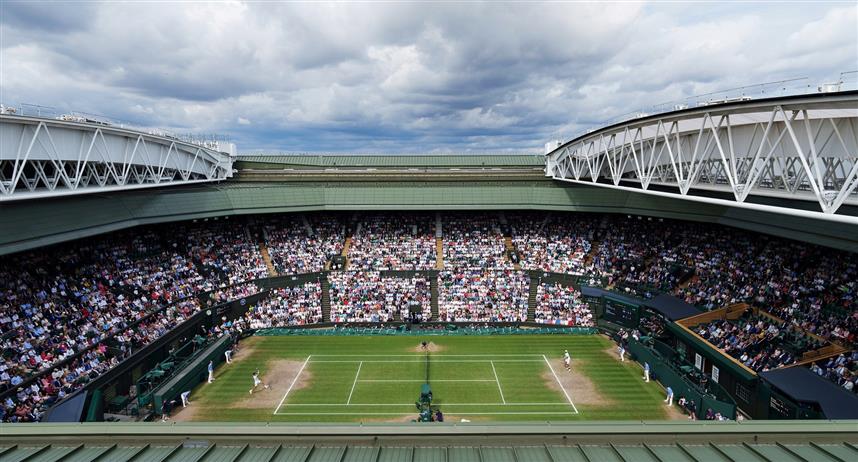 Tennis players from Russia and Belarus will not be allowed to play at Wimbledon this year because of the war in Ukraine, the All England Club announced Wednesday.

Prominent players affected by the ban include reigning U.S. Open champion Daniil Medvedev, who recently reached No. 1 in the ATP rankings and is currently No. 2; men’s No. 8 Andrey Rublev; Aryna Sabalenka, who was a Wimbledon semifinalist in 2021 and is No. 4 in the WTA rankings; Victoria Azarenka, former women’s No. 1 who has won the Australian Open twice; and Anastasia Pavlyuchenkova, the French Open runner-up last year.

Russian athletes have been banned from competing in many sports following their country’s invasion of Ukraine. Belarus has aided Russia in the war. AP