5 years on, this Bengaluru man is happily married, but the traffic congestion that brought the couple together still remains : The Tribune India

5 years on, this Bengaluru man is happily married, but the traffic congestion that brought the couple together still remains 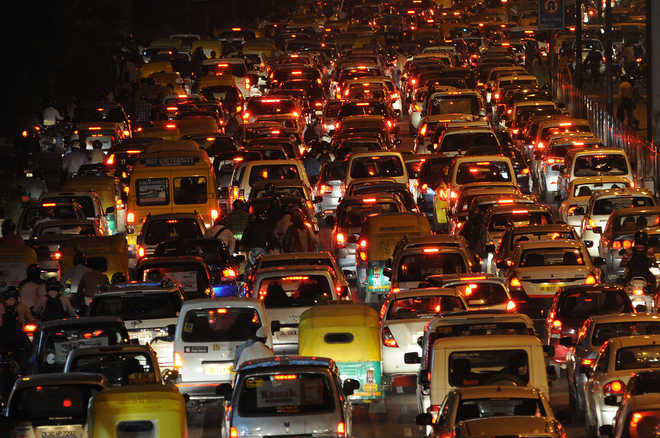 While stories about Bengaluru’s congested and potholed roads leave people annoyed at the exhausting traffic jams, it somehow became the reason for romance to blossom in a man’s life.

The man took to Twitter to share how his love story bloomed while being snarled up in Bengaluru’s traffic and it became an instant hit with the netizens.

He shares how he met his wife near Sony World Signal. He says that one day, he was on his way to drop his now wife and got stuck in a traffic jam caused by the under-construction Ejipora flyover.

"I've mentioned this in another thread, but I met my wife near Sony World Signal. I haven't put the whole story there, but the gist is that one day I was dropping her home (only knew her as a friend back then) and we got stuck somewhere nearby because of the Ejipura flyover work. We got frustrated and were hungry so we diverted and went and had dinner nearby. Anyway, I've dated her for 3 years since then and been married for 2 years, but the 2.5 km flyover is still under construction."

The tweet has amassed over 4.2k likes so far with people reminiscing about their own traffic experiences in the Silicon Valley of India.

Users couldn’t stop gushing over the cute love story. Read what they had to say:

What a beautiful story 🤩😂😂

How many marriages do you think this flyover has brought?

This is such a quintessential Bangalore story! https://t.co/meGfYyaUZq

Do they still get stuck on purpose so a date happens? Coz things change once married lol

Can relate. That flyover is under construction for all the time I've been in Bangalore.

Well, the traffic definitely played Cupid for the duo as they ended up marrying each other while the rest of Bengalureans continue to wait in jams as five years later, the flyover is still under construction.