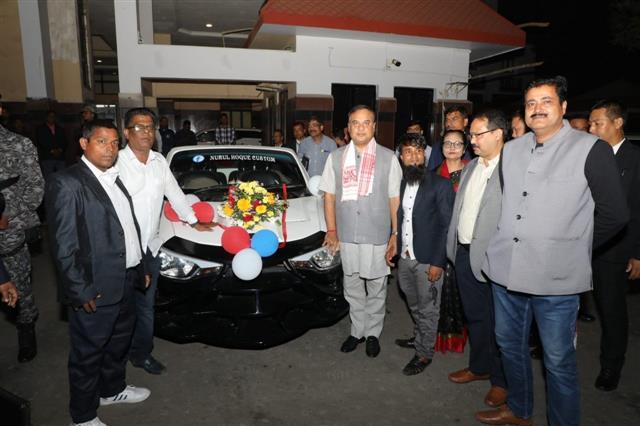 The story of a motor mechanic from Assam, who transformed an old Maruti Suzuki Swift car into a luxury sports car Lamborghini, is getting fervidly viral across social media platforms. The man, Nurul Haque, travelled to Guwahati to present his innovation to the state CM Himanta Biswa Sarma.

Sarma wrote on Twitter about his experience behind the wheel of the crafted vehicle. "Had the thrill of being at the wheel of a 'Lamborghini' assembled by Nurul Haque, a car enthusiast from Karimganj," he wrote.

Wrapped up my day at Silchar with a walk from Itkhola to Circuit House along with our karyakartas. Happy to meet a lot of warm-hearted along the way.

Also had the thrill of being at the wheel of a 'Lamborghini' assembled by Nurul Haque, a car enthusiast from Karimganj. pic.twitter.com/7EMsG4MtbT

Haque, while talking to media, said he had been modifying cars since he was in Nagaland. He had also modified few cars into replica Lamborghini last year.

He told that it took nearly 4 months to modify the old Swift into Lamborghini alike.

Haque said he was mulling at transforming a car into Ferrari and wishes to do more such innovations in future if government provides him help.