Nguyen said he lost his footing for a moment 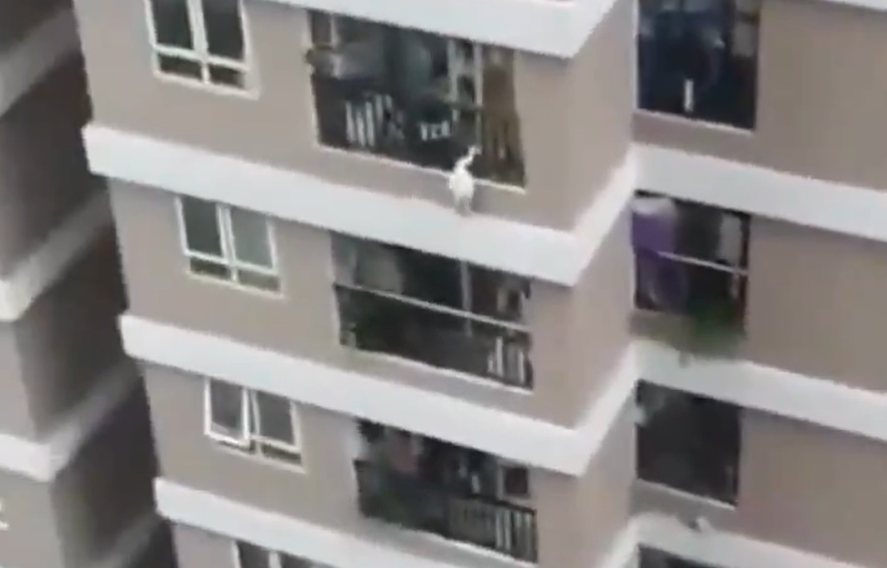 Heartstopping video of a delivery man catching a 2-year-old girl falling from the 12th floor balcony in Vietnam has gone viral.

The driver, identified as Nguyen Ngoc Manh, was sitting in his vehicle to deliver a package when he saw the girl hanging from the 12th-floor balcony.

Without wasting another second, the driver ran out of his car and climbed onto the bottom level of building to position himself under the toddler.

The video shoes the girl falling from the balcony, but Nguyen managed to catch her. The clip doesn’t show the exact moment of the landing, but local media reported that girl fell from 164-feet and straight into the driver’s lap.

“'I was sitting in the car and waiting to deliver some belongings for a client in the opposite building when I heard a child crying - I just thought that the baby had been scolded by their parents,” the driver told the local newspaper Anninhthudo.

“I jumped out of the car immediately, trying to find ways to climb the nearby building. I mounted on a two-metre-high tile roof to seek a proper position to get the girl,” he added.

Nguyen said he lost his footing for a moment and had to throw himself forward to catch the toddler. Luckily, she landed perfectly on his lap.

The little girl suffered a dislocated hip and was rushed to a nearby Children's Hospital for treatment.

"When the incident happened I did not think much. Seeing the baby I immediately thought of my daughter at home and hurriedly tried to save her," said Nguyen.