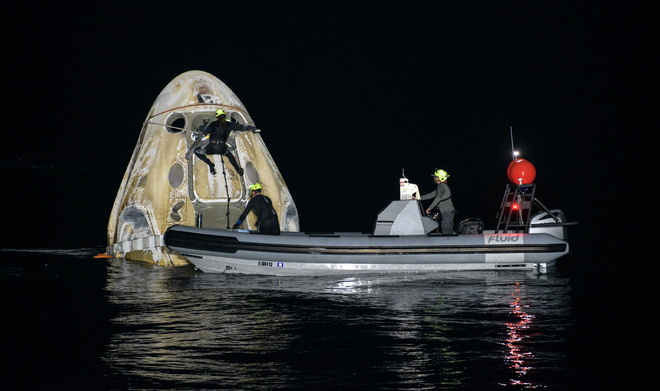 Four astronauts returned safely to Earth from the International Space Station early on Sunday in a SpaceX Crew Dragon capsule.

Cape Canaveral: Four astronauts returned safely to Earth from the International Space Station early on Sunday in a SpaceX Crew Dragon capsule, parachuting to splash-down in the Gulf of Mexico, NASA said. Their return marked the end of the first crew rotation mission to the station by the Crew Dragon spacecraft, developed in partnership between NASA and Elon Musk's rocket company SpaceX. Reuters