Social media on fire with some Afghans berating Haqqani for digging up the past, others hailing his statement and Indians largely pointing out that the Somnath Temple today shines in full glory whereas Ghazni is a dust bowl 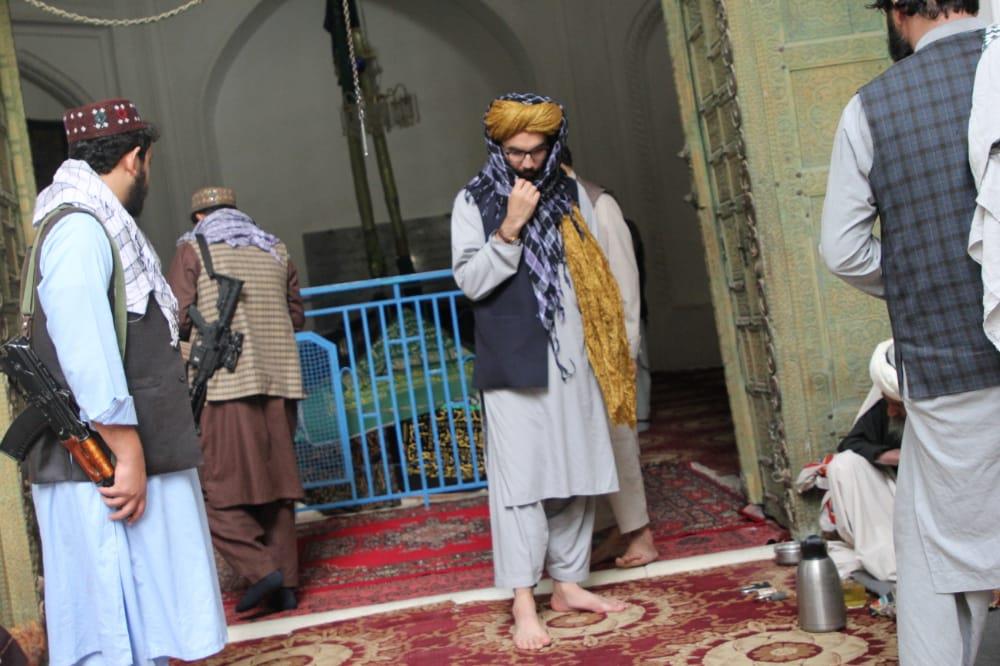 Two tweets by a Haqqani Network scion which glorified the destruction of statues in Somnath have stirred social media users and given food for thought to intelligence agencies here.

Making a reference of his visit on Tuesday to Ghazni, a city past its prime, Anas Haqqani glorified Mahmud Ghaznavi and his act of breaking the Somnath temple idol.

Haqqani’s first tweet in Pashto went unnoticed where he made no reference to Ghazni’s foray into Somnath though he did say that the medieval age ruler had been a breaker of idols. His second tweet, an hour later, was in English and it specifically mentioned that he had “smashed the idol of Somnath”.

Today, we visited the shrine of Sultan Mahmud Ghaznavi, a renowned Muslim warrior & Mujahid of the 10th century. Ghaznavi (May the mercy of Allah be upon him) established a strong Muslim rule in the region from Ghazni & smashed the idol of Somnath. pic.twitter.com/Ja92gYjX5j

This set the social media on fire with some Afghans berating him for digging up the past, others hailing his statement and Indians largely pointing out that the Somnath Temple today shines in full glory whereas Ghazni is a dust bowl.

You can destroy our temples and not Dharm.

However, intelligence analysts here differ from social media users. The tweet was posted on a day when Kashmir was rocked by the assassination of a septuagenarian Kashmiri Hindu and a labourer from mainland India.

Intelligence agencies believe the Haqqani Network is guided by the ISI and point out that three members from the same family were inducted in the Taliban Cabinet shortly after ISI Chief Gen Faiz Hameed visited Kabul.

From Salma Dam to Afghanistan’s Parliament, 5 Infrastructure Development in Afghanistan by India
Over the last several years, India has built dams, vital roads, electricity transmission lines and substations, schools and hospitals among others in Afghanista.. pic.twitter.com/vHy1kPRMxi

The Haqqani Network’s willingness to serve ISI’s interests leads sources here to treat Annas Haqqani’s statement as more than just exultation. They wonder if there is an ISI link between Haqqani’s statement and the killings of the most defenseless of civilians in Kashmir – an aged Hindu and a labourer from Bihar.

A next generation leader of the Taliban, Anas is the younger brother of the Haqqani Network supremo Sirajuddin who carries a $ 10 million bounty on his head. Said to be fund raiser for the Taliban in Arab countries, Anas was arrested by the Americans and spent five years in Bagram prison where he was twice sentenced to death but released in 2019.

The Haqqani Network’s fingerprints were all over a deadly 2008 attack on the Indian mission in Kabul that killed 58 including an Indian Army Brigadier and a senior diplomat. Besides it has repeatedly targeted Indian projects. Afghanistan’s now-defunct National Directorate of Security has repeatedly told its Indian counterparts that the attacks were directed by Qari Abdullah who lives in Peshawar.