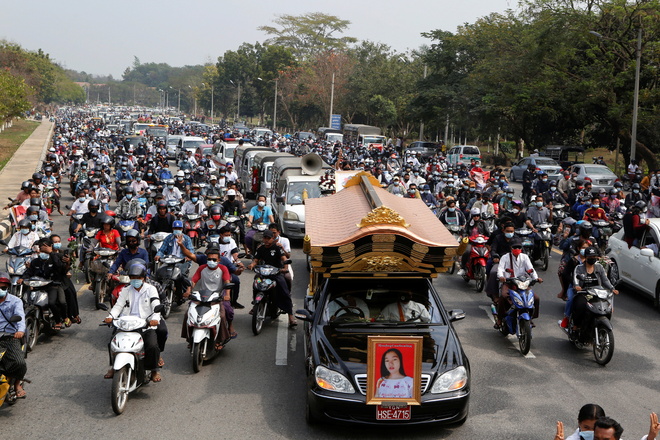 A massive gathering at the funeral of a woman protester who was shot by police during a stir in Naypyitaw, Myanmar. REUTERS

Huge crowds marched in Myanmar on Sunday to denounce the February 1 military coup in a show of defiance after the bloodiest episode of the campaign for democracy the previous day, when security forces fired on protesters, killing two.

The military has been unable to quell the demonstrations and a civil disobedience campaign of strikes against the coup and the detention of elected leader Aung San Suu Kyi and others, even with a promise of new elections and stern warnings against dissent.

Meanwhile, Facebook has taken down the main page of Myanmar military.