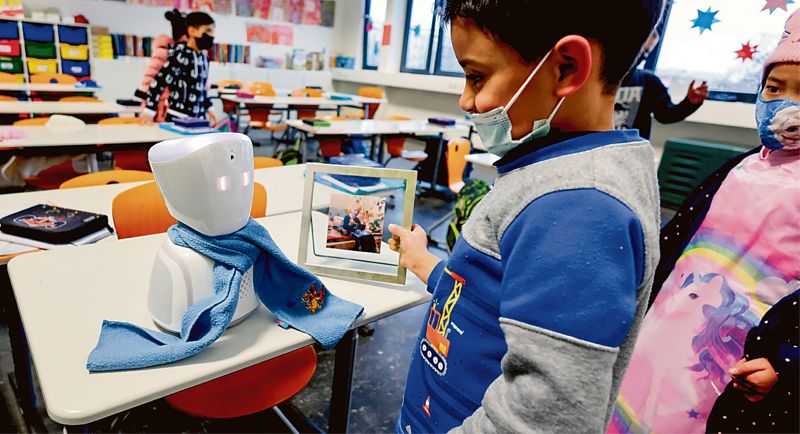 friend in need: Classmates interact with 7-year-old Joshua through his robot avatar in Berlin. reuters

Berlin: Joshua Martinangeli, 7, is too ill to go to school. But the German student can still interact with his teacher and classmates through an avatar robot, Joshi, that sits in the class in his place and sends a blinking signal when he has something to say. Reuters

Seattle: Microsoft says it will review its policies regarding sexual harassment and gender discrimination and publicly release the results of investigations into allegations involving members of the board of directors and senior leadership, including Bill Gates. AP

Author of ‘My Uncle Napoleon’ dies at 94

Tehran: Iraj Pezeshkzad, an Iranian author whose bestselling comic novel “My Uncle Napoleon” lampooned Persian culture's self-aggrandising and paranoid behaviour as the country entered the modern era, has died. He was 94. AP