Protesters accuse the President of rigging the election process 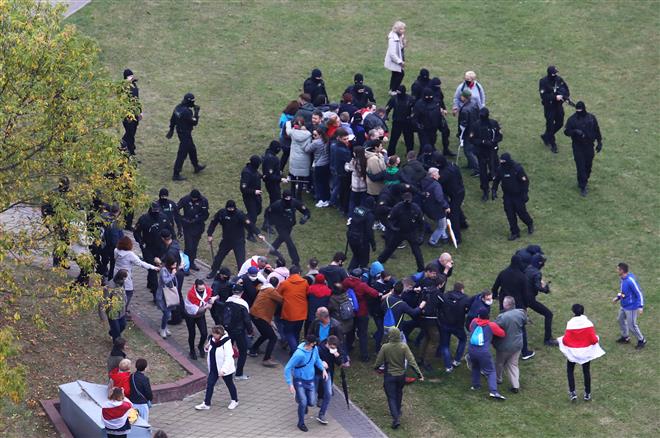 The police in Belarus on Saturday detained scores of demonstrators pushing for the resignation of the country's authoritarian leader after an August election widely seen as manipulated.

Hundreds of students marched across the capital, chanting “go away" to demand that President Alexander Lukashenko step down. They were blocked by the police, who rounded up some and forced others to disperse. Protests are being held for weeks in the country.

Later, women staged their regular weekend march across the capital. “You sang your song, it's time to get off the stage!” one placard read. The Viasna human rights center said over 30 were detained.

Daily protests have occurred since the August 9 election in which Lukashenko was declared the winner with 80 per cent of the vote. The EU and the US denounced the poll, terming it rigged, and introduced sanctions against top Belarusian officials. — AP