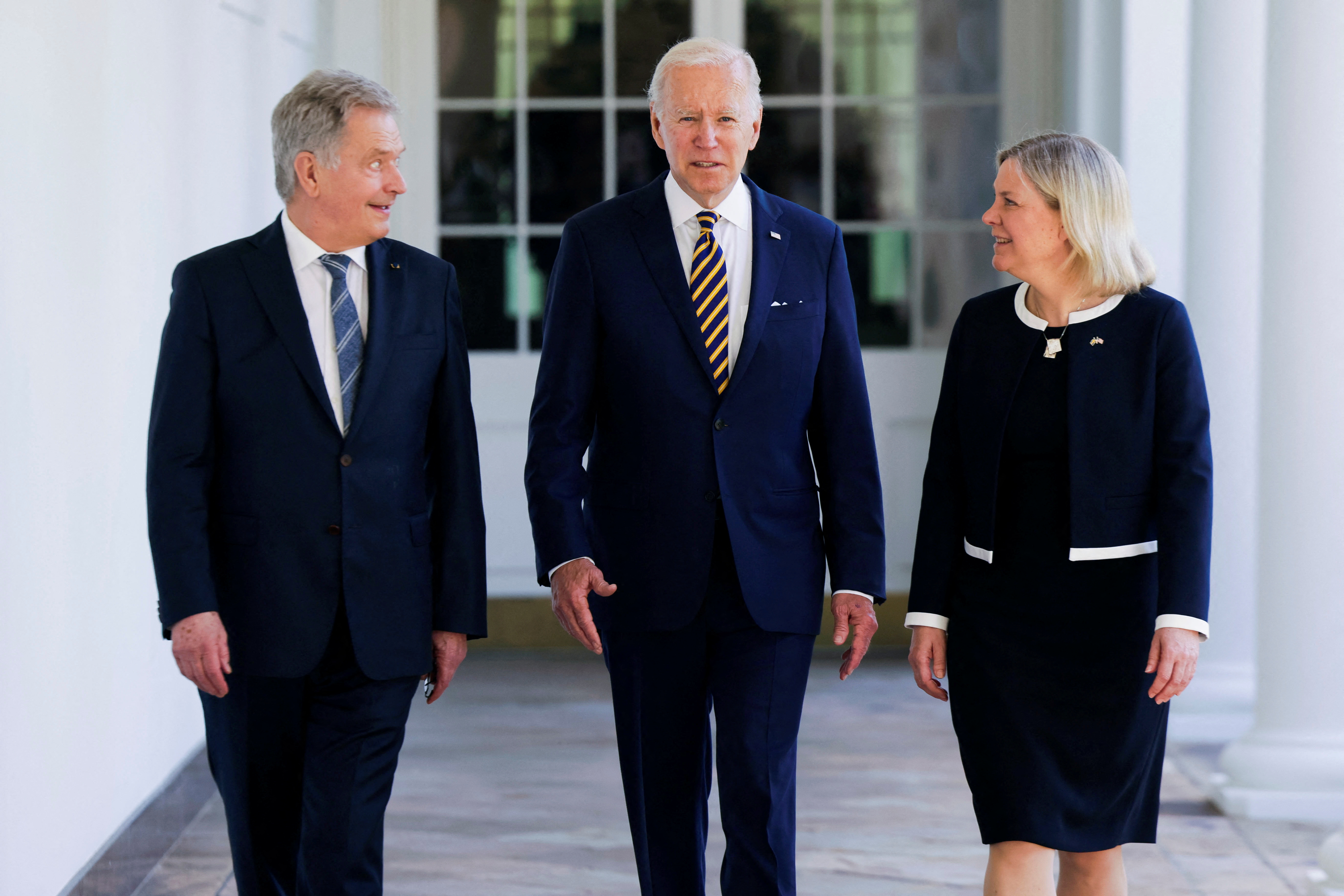 U.S. President Joe Biden met the leaders of Sweden and Finland on Thursday after the nations set aside their long-standing neutrality and moved to join the NATO alliance in response to Russia’s invasion of Ukraine.

Hours before his first trip to Asia as president, Biden sat down with Swedish Prime Minister Magdalena Andersson and Finnish President Sauli Niinistö at the White House to discuss their NATO applications.

“This is a historic event, a watershed moment in European security. Two nations with a long tradition of neutrality will be joining the world’s most powerful defensive alliance,” said White House national security adviser Jake Sullivan.

Biden has made uniting Europe against Russia’s invasion of Ukraine a top priority. Turkey has raised questions about including Finland and Sweden in the alliance, asking Sweden to halt support for Kurdish militants it considers to be part of a terrorist group and both to lift their bans on some sales of arms to Turkey.

Sullivan told reporters on Wednesday that U.S. officials are confident Turkey’s concerns can be addressed, and Biden told reporters “I think we’re going to be okay,” on the issue.

All 30 NATO members need to approve any new entrant.

Turkish President Tayyip Erdogan said in a video posted on his Twitter account on Thursday that Turkey had told allies that it will reject Sweden and Finland’s membership.

Biden’s meeting comes as he seeks approval from the U.S.

Congress for $40 billion in aid for Ukraine to provide weapons and humanitarian assistance through September.

U.S. officials said Wednesday the United States has collected intelligence showing some Russian officials are aware there are abuses being conducted against Ukrainians in Mariupol.

“Some Russian officials recognize that despite claiming to be ‘liberators’ of the Russian-speaking city of Mariupol, Russian forces are carrying out grievous abuses in the city, including beating and electrocuting city officials and robbing homes,” the official said, citing declassified intelligence.

The Kremlin did not immediately respond to a request for comment and Reuters was unable to verify the intelligence claim. Reuters