The measure now goes to President Sebastián Piñera, who supported the bill, and will enter into force 90 days after its publication in the official gazette 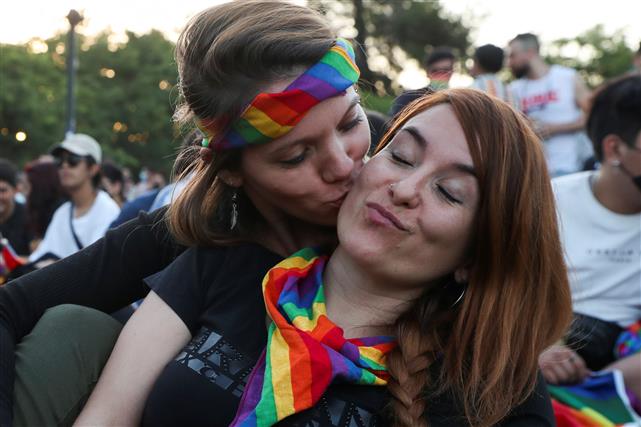 Both houses of Chile's congress voted Tuesday to approve a marriage equality bill that also includes authorization for adoptions by same-sex couples.

The initiative was approved first by the Senate on a 21-8 vote, with three abstentions, and shortly afterward by the Chamber of Deputies with 82 votes in favor, 20 against and two abstentions. After the vote in the chamber, several deputies hugged, including some from opposing parties.

The measure now goes to President Sebastián Piñera, who supported the bill, and will enter into force 90 days after its publication in the official gazette.

Senators initially approved the marriage equality measure July 21 and deputies did so Nov. 23, but modifications introduced by the deputies required a joint committee of both houses to resolve their differences.

Among the changes agreed to Monday is the recognition in Chile of marriages of same-sex couples performed abroad and the definition of marriage as “a solemn contract between two people” rather than between a man and a woman.

Center-left Sen. Yasna Provoste said that when the right to marry and found a family is recognized, “this recognition applies to all people without distinction of sex.” The proposal had stalled in the Senate for four years, until Piñera gave it his strong backing last January, surprising everyone because he had long argued that marriage was between a man and a woman.

For Juan Pablo Durán and Juan Carlos Rodríguez, the approval came late because they were legally united at the end of November under the Common Union Agreement, which since 2015 has regulated legal aspects of same-sex unions such as inheritance, but does not rule on adoptions.

Durán said the pair now plan to be formally married once the new measure goes into effect.

He said they have no plans to adopt a child, but added: “It is not a completely closed issue. To be able to give a chance in life to those who don't have any would be an honour and joy." (AP)