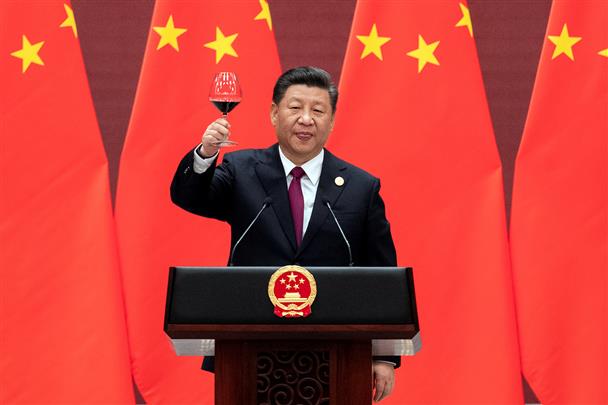 Asserting that sovereignty and territorial integrity of China are “sacred and inviolable”, the country’s national legislature has adopted a new law on the protection and exploitation of the land border areas, which could have a bearing on Beijing’s border dispute with India.

Members of the Standing Committee of the National People’s Congress (NPC) approved the law at the closing meeting of a legislative session on Saturday, state-run Xinhua news agency reported.

The law, which becomes operational from January 1 next year, stipulates that “the sovereignty and territorial integrity of the People’s Republic of China are sacred and inviolable”, it said.

The law also stipulates that the state shall take measures to strengthen border defence, support economic and social development as well as opening-up in border areas, improve public services and infrastructure in such areas, encourage and support people’s life and work there, and promote coordination between border defence and social, economic development in border areas, it said.

The state shall, following the principle of equality, mutual trust and friendly consultation, handle land border-related affairs with neighbouring countries through negotiations to properly resolve disputes and longstanding border issues, it said.

The law states that the Chinese military “shall carry out border duties” including “organising drills” and “resolutely prevent, stop and combat invasion, encroachment, provocation and other acts”.

China in recent years has been strengthening the border infrastructure including the establishment of air, rail and road networks. It also launched a bullet train in Tibet which extends up to Nyingchi, the border town close to Arunachal Pradesh.

Besides that, China also began constructing a number of villages close to the border with proper infrastructure in Tibet which have become an essential and effective part of border defence, state-run Global Times reported on October 19.

“By the end of 2020, Tibet had built more than 600 well-off, high-standard border villages. The roads connecting border villages are also quite accessible. At least 130 border roads have been newly built or reconstructed with a total length of 3,080 km” it quoted a report by the state-run Xinhua news agency.

The new law calls for the establishment of trade areas and border economic cooperation zones at the borders. It also calls for improving the ecological environment along the border besides epidemic control and maintaining flood and fire control.

India and Bhutan are the two countries with which China is yet to finalise the border agreements, while Beijing resolved the boundary disputes with 12 other neighbours.

Last week, Foreign Secretary Harsh Vardhan Shringla said the developments along the Line of Actual Control (LAC) in eastern Ladakh have “seriously disturbed” the peace and tranquillity in border areas, and this has obviously had an impact on the broader relationship too.

The foreign secretary, in his remarks at a seminar on “Leveraging China’s Economy” on Oct 21, also referred to External Affairs Minister S Jaishankar’s remarks that the ability of India and China to work together will determine the Asian century.

“For this to materialise, peace and tranquillity in the border areas is a sine qua non. He (Jaishankar) has also clearly articulated that development of our ties can only be based on mutuality—mutual respect, mutual sensitivity and mutual interests should guide this process,” Shringla said.

“We hope that the Chinese side will work with us to bring a satisfactory resolution to the current issues so as to make progress on our bilateral relations keeping in view each other’s sensitivities, aspirations and interests,” the foreign secretary said.

The new land border law was adopted amid the continued standoff between Indian and Chinese militaries in eastern Ladakh.

On October 14, China and Bhutan signed an MOU firming up a three-step roadmap for expediting the boundary negotiations, which Beijing said will make a “meaningful contribution” to speed up the border talks and establishment of diplomatic ties. PTI