China slaps sanctions on Pelosi, cancels key meetings with US 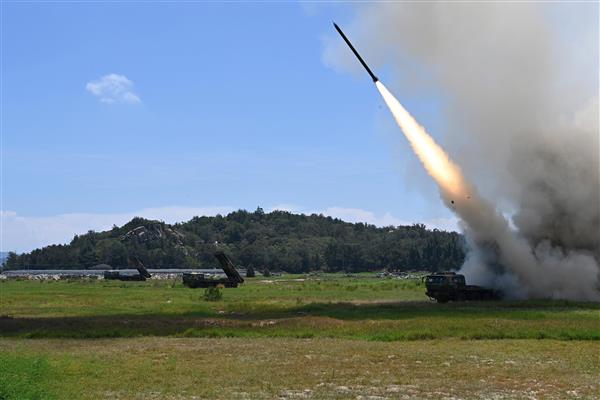 A projectile launched by Chinese military during long-range live-fire drills near Taiwan. AP/PTI

China on Friday announced sanctions against US Congress Speaker Nancy Pelosi in retaliation to her visit to Taipei and pulled out of the defence dialogue with the US as well as talks on climate change, repatriation of illegal immigrants and counter-narcotics cooperation.

China may try to keep Taiwan from visiting places. It can’t isolate Taiwan by stopping us to travel there. Nancy Pelosi, US Speaker

Taiwan's Defence Ministry said 68 Chinese military aircraft and 13 navy ships were conducting missions in the sensitive Taiwan Strait on the second day of the PLA's four-day high-intensity drills, with some of them having "deliberately" crossed the median line or the an unofficial buffer separating the two sides. It said the Chinese armed forces have "seriously damaged" the status quo and "harassed" Taiwan's water and air space.

The PLA claimed all missiles in the live drills hit the targets accurately. China solicited backing for its "One China" policy from other nations. Russia, Iran, Pakistan, the UAE and several others have supported China, but there has been no such statement from India.