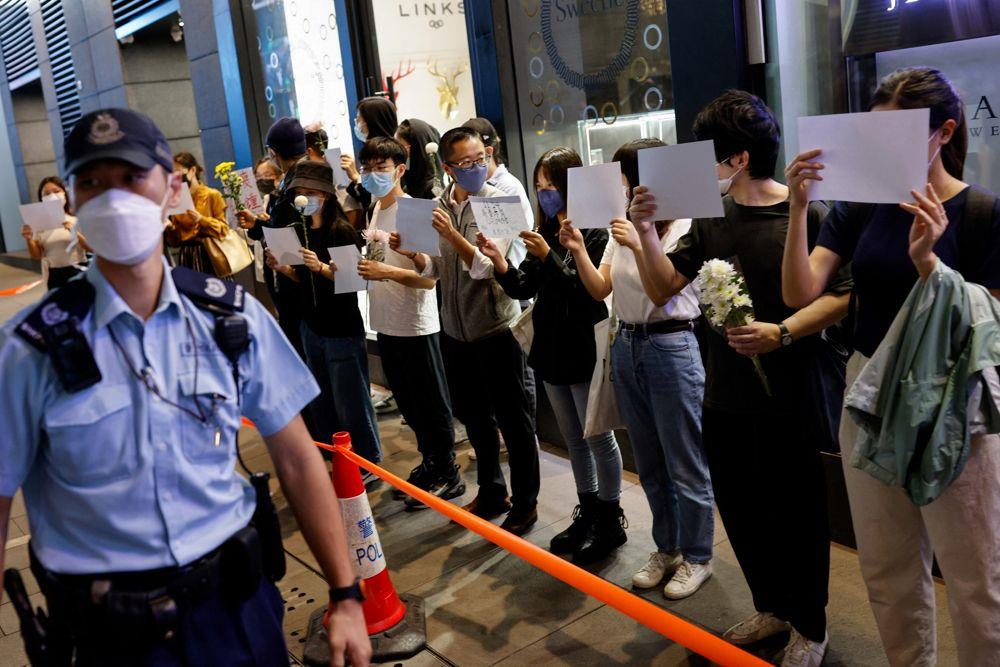 People hold white sheets of paper and flowers during a protest over Covid restrictions amid surge in infections in mainland China. REUTERS

China on Monday dismissed concerns over its controversial zero-Covid policy in the face of unprecedented demonstrations, which have spread to Beijing even as it reported close to 40,000 coronavirus cases and authorities scrambled to contain the fresh surge in infections and protests against the Xi Jinping regime.

The protests, which comes nearly a month after President Xi was elected as the ruling party’s top leader for a third consecutive term, have spread to Shanghai, Beijing and many parts of the country in the last few days against the stringent policy under which cities and localities are kept under prolonged lockdowns and isolations.

Chinese Foreign Ministry spokesman Zhao Lijian said, “China has been following the dynamic zero-Covid policy and has been making adjustments based on realities on the ground.”

Asked about the calls on social media expressing concern over a fire in an apartment building reportedly under Covid lockdown a few days ago in Urumqi in Xinjiang which has become a rallying point for protesters, Zhao accused some “forces” with “ulterior motives” behind such campaigns.

Students in Hong Kong chanted “oppose dictatorship” in a protest against China’s Covid rules Monday after demonstrators on the mainland issued an unprecedented call for President Xi Jinping to resign in the biggest show of opposition to the ruling Communist Party in decades.

About 50 students sang at the Chinese University of Hong Kong and some lit candles in a show of support for those in mainland cities who demonstrated against restrictions that have confined millions to their homes.