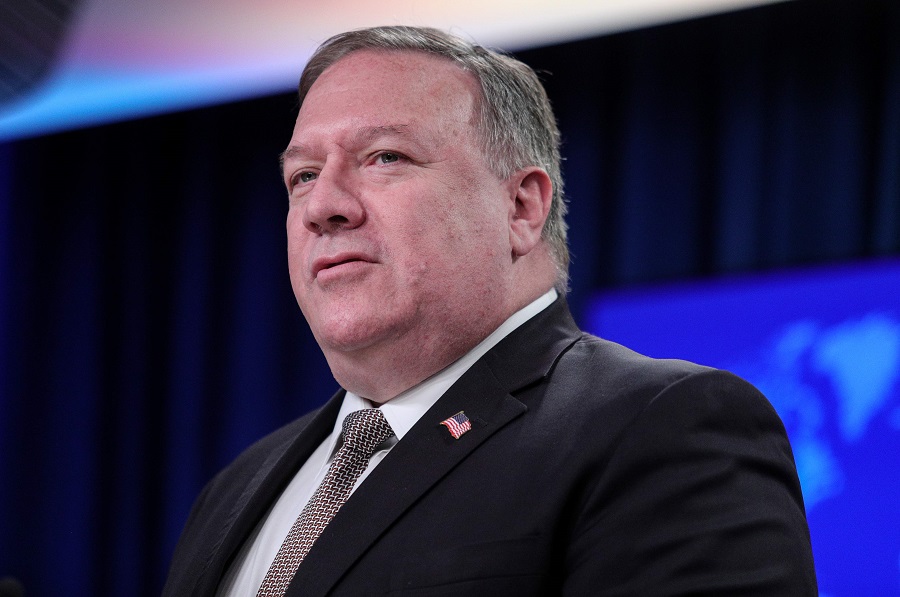 US Secretary of State Mike Pompeo speaks during a news conference at the State Department in Washington DC on Wednesday. AFP

US Secretary of State Mike Pompeo on Wednesday accused China of taking “incredibly aggressive action” in a recent clash with India over a disputed section of the nuclear-armed neighbours' border, saying the incident could not be assessed in isolation.

On the night of June 15, Chinese forces and Indian troops fought for hours with rods and clubs, resulting in a dramatic escalation that left 20 Indian soldiers killed, with some falling to their deaths in the freezing waters of the Galwan river in the western Himalayas.

On Monday, Indian government sources said China began pulling back troops from along the border with India, after weeks of talks between senior military officials on how to ease tensions. China has yet to confirm whether it suffered casualties but the Indian deaths were the highest along the border in more than five decades.

"The Chinese took incredibly aggressive action and the Indians have done their best to respond to that," Pompeo said in a news conference at the State Department. "I put this in the context of General Secretary Xi Jinping and his behaviour throughout the region, throughout the world," he said.

"I don't think it's possibly to look at that particular instance, Chinese Communist Party aggression in isolation. You need to put it in the larger context," Pompeo said.

His comments reflect the deep running tensions between Washington and Beijing, which have been at loggerheads over the handling of the coronavirus outbreak, China's actions in the former British colony of Hong Kong and a nearly two-year trade dispute between the US and China.

The Chinese military on Monday was seen dismantling tents and structures at a site in the Galwan valley near to where the latest clash took place, said the Indian government sources, who spoke on the condition of anonymity. Reuters

21 hours ago
8
Himachal What our readers say