Fu Zhenghua was accused of accepting money and gifts worth 117 million yuan (about USD 17.3 million) 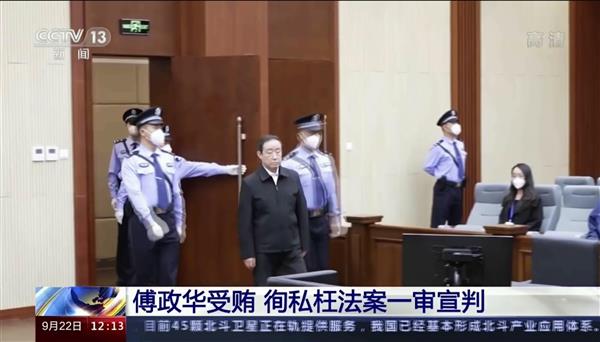 In this image taken from video footage run by Chinas CCTV, former Chinese Justice Minister Fu Zhenghua is escorted by court police as he attends a court session for his verdict announcement in Changchun, northeastern China's Jilin province, on September 22, 2022. — CCTV via AP/PTI

Fu took advantage of his official authority or position to seek gains by helping others with their business operations, official positions, and legal cases, according to prosecutors.

Fu, who previously had also served as head of the Beijing Municipal Public Security Bureau, vice-minister of public security, and the minister of justice, the report said, was accused of accepting money and gifts worth 117 million yuan (about USD 17.3 million) either directly or through his relatives.

Over a million officials of the ruling Communist Party of China (CPC) and dozens of top officials of the Chinese military were punished in the sweeping anti-corruption campaign carried out by President Xi Jinping ever since he came to power at the end of 2012.

Critics say the anti-graft campaign has helped him to firm up his power base.

Xi, 69, who heads the CPC, the military, besides the Presidency is due to complete his ten-year tenure later this year.

He is widely expected to be endorsed for a record third term by the CPC’s once-in-a-five year Congress to be held here on October 16.

If endorsed, he will be the first CPC leader after founder Mao Zedong to continue in power beyond two terms and perhaps for life.