China’s population may begin to decline by 2022 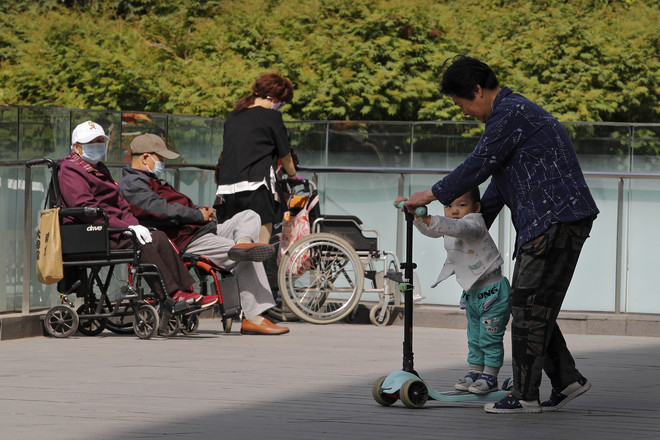 FAMILY PLANNING POLICY: A steady decline in China’s population has been attributed to its one-child policy. PTI

China's population grew at its slowest pace to reach 1.41 billion, keeping its status as the world's most populous country amid official projections that the numbers may decline from next year, leading to labour shortage and a fall in consumption levels, impacting the country's future economic outlook.

According to the seventh national population census released by the Chinese government on Tuesday, China's population in all 31 provinces, autonomous regions, and municipalities reached 1.41178 billion up by 5.38 per cent or 72.06 million from 2010. The figures do not include Hong Kong and Macao. “Data show that China’s population has maintained slow growth in the past decade,” Ning Jizhe, head of the National Bureau of Statistics, (NBS) said while releasing the census results.

The country’s population on the mainland has reached 1.41178 billion, up by 5.38 per cent or 72.06 million from 2010, the latest census data shows. As China faced population decline, India, whose population was pegged around 1.366 billion in 2019, is projected to surpass China as the world's most populous country around 2027, according to a UN report released in June, 2019. The highest growth of China’s population of 2.1 per cent was registered in the census survey held in 1982 after which the population continued to decline at a steady pace, which officials blamed on the one-child policy pursued by the ruling Communist Party of China (CPC) to check the population growth.

According to the data released by the NBS, the new census figures reveal that the demographic crisis China faced was expected to deepen as the population above 60 years grew to 264 million, up by 18.7 per cent last year.

“Data show the aging of the Chinese population has further deepened, and we will continue to face the pressure to achieve long-term balanced population development,” Ning said. Its working-age population, or people aged between 16 and 59, stands at 880 million, Ning said.

Last month, the NBS denied the Financial Times story that the population of the world's second-largest economy fell last year, which would have been the first decline since 1961.

The state-run Global Times in its report on census said China's population is likely to ‘decline as early as 2022'. — PTI